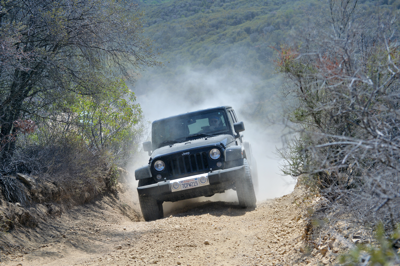 Long viewed as a niche segment player in the UHP and light truck/SUV markets, Nitto Tire USA Corp.’s focus on those segments has brought the company a lot of notoriety among enthusiasts. In more recent times, Nitto has made strides in broadening its product screen, giving its dealers more products to address a wider range of drivers. 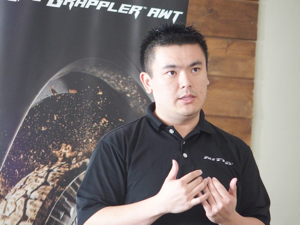 Both tires took their bow at a mid-September media launch at Calamigos Ranch in Malibu, Calif. The 120-acre ranch and conference center, located off Mulholland Highway, is adjacent to the shooting site for NBC-TV’s “The Biggest Loser” and near a popular celebrity rehab resort.

No one was losing or rehabbing anything at the launch event, which drew some 20 print and online media people to learn about and experience the two new tires, both on-road and off.

The Grappler line has been a workhorse of Nitto’s product offering since the original Terra Grappler was launched in 2001. From that beginning, the Grappler line today includes the Mud Grappler, the Trail Grappler M/T, the Dune Grappler and the Dura Grappler. The first generation Terra Grappler is now being replaced by the G2 model, and the new Exo Grappler AWT fills consumer/commercial applications.

In introducing the program and new products, Nitto’s assistant manager of brand publishing Stephen Leu gave attendees a brief walk through of the brand’s history, which started in the late 1940s as a bicycle tire producer. The Nitto brand land­ed in the U.S. in the 1970s through a sales subsidiary, and today the brand is produced in Georgia at the Toyo Tire North America Manufacturing Inc. plant.

After the formal presentation, media types had the opportunity to test the tires on a rugged, hilly run on ranch property. Both new tires were mounted to a stable of Jeep Wrangler Limiteds for this exercise. Media rode in Ford F-250 pickups on public streets to get a feel for the tires’ road manners and quiet ride.

Alan Ngo, senior staff engineer, explained that the symmetrical non-directional treaded Terra Grappler G2 is a straight replacement for the original model (though Nitto said a few Terra Grappler sizes will remain in line for the time being).

Those same shoulder lugs are part of a unique dual sidewall design, giving the driver the right to choose their look. One sidewall has an aggressive look with “blade shape,” while the other was described as “more classic,” with a “thunderbolt pattern” that pays homage to its predecessor.

“The Terra Grappler G2 takes our flagship truck/SUV tire and gives our customers even more of what they want,” said Ngo. “The new rubber compound improves treadwear, the tread pattern was re-engineered to retain on-road ride quality and off-road traction and the dual-design sidewalls continue the bold appearance Nitto customers expect.”

The new Exo Grappler AWT is a different bird altogether, being designed primarily to handle off-road assignments while being more than capable on highway.

Nitto described the tire as “designed specifically to deliver consistent traction on dirt trails, gravel and farmland, while providing driving comfort when cruising at highway speeds.”

“The Exo Grappler AWT brings together the designs and technologies that we’ve developed throughout the extensive testing of all of our Grappler tires and combines them into the new tire,” said Ngo. “We’ve designed a tire that is not only competent on dirt, gravel and pavement, but also has excellent capabilities in snow and ice.” 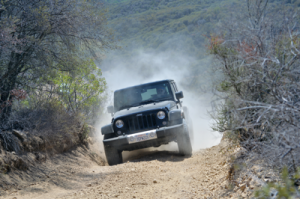 With a non-directional asymmetrical tread that is prepped for studs (TSMI #15), the Exo Grappler AWT targets recreational off-road trucks and SUVs, and work trucks for utilities, oil fields, mines, construction sites, farms and ranches – applications where there is a lot of off-road driving on dirt trails, gravel and rocks as well as regular pavement.

AWT stands for “all-weather traction,” which comes in part from a blend of natural and synthetic rubber into a chip/cut and wear resistant tread compound that also delivers reliable traction on all surfaces and weather conditions. With large lateral grooves and siping, the tire carries the mountain peak/snowflake symbol for winter service, while its gear-shaped tread edges promote a stable contact patch and smooth even wear, Nitto said.

Spiral stone ejectors help protect the tire from stone drilling and retention. The steel-belted radial also has three sidewall plies – including a high turn-up ply that wraps around the bead bundle – for added off-road durability.

The tire’s staggered shoulder blocks provide additional biting edges for off-road traction, and its dual sidewall design has one side featuring “chisel-shaped” sidewall lugs, and the other carrying “Y-shaped” lugs.