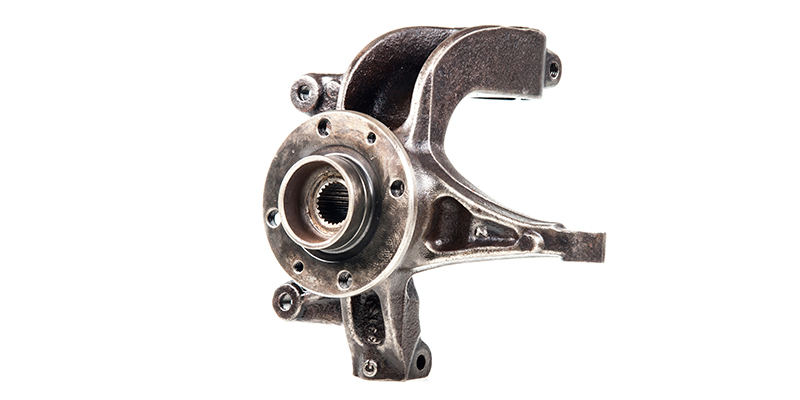 On a typical passenger vehicle weighing around 3,400 pounds, each pair of front-wheel bearings, as well as the rear-wheel or axle bearings, support around 850 pounds depending on the weight distribution and driveline configuration.

Rule 1: Realize the amount of load that bearings withstand.

On a typical passenger vehicle weighing around 3,400 pounds, each pair of front-wheel bearings, as well as the rear-wheel or axle bearings, support around 850 pounds depending on the weight distribution and driveline configuration. If it’s a 6,000 pound SUV, each bearing might carry about 1,500 pounds. This load is concentrated on the relatively small bearing surfaces. These loads do not even take into account the dynamic loads produced by cornering.

The loads that are put on the bearings are called thrust and radial loads. They are the forces the bearings must endure when the vehicle is cornering or braking. Another force that cannot be measured is the force of the impact from potholes and curbs.

Rule 2: Too much grease is a bad thing.

Overfilling a bearing with too much grease can cause excess churning of the grease during operation and at high temperatures, resulting in overheating and excess grease purging (leaking). Overheating occurs because the heat generated cannot dissipate correctly, which then continually builds up until damage occurs. When a bearing overheats and pushes out the grease, the sealing lip can be damaged and “blown out” in the reverse direction.

Rule 3: First diagnose what caused the bearing to fail.

When a bearing wears out, it is usually a case of inadequate lubrication, faulty installation or improper adjustment. For the repair to be successful, you must first determine why the previous bearing failed. For sealed-hub units, examining the internal bearings and races is impossible.

Interview the customer to find out what kind of roads they drive on. Also ask what types of loads they typically carry in their vehicle. Bearing damage could be inevitable if the customer overloads the vehicle. The most common failure pattern for bearings is for those on the passenger side of the vehicle to fail first. The passenger-side bearings are exposed to the most roadside standing water. If the bearings on the driver’s side of the vehicle fail first, take an extremely close look at the passenger-side bearings, as their failure may not be far behind.

Rule 4: Oxidized grease can be just as bad as no grease.

Burned or oxidized lubricant may leave a dark coating on bearing surfaces. If a bearing overheats, the hot lubricant breaks down and can cause scoring and even etching of the bearing surfaces. Water and other corrosive elements can also create this condition, which leads to spalling down the road. Remember that with tapered roller bearings, excessive preload can mimic this same damage. If a bearing gets really hot, the cages and seals could be deformed and lead to bearing lockup.

Grease is a precise combination of oil, thickener and additives. Grease acts like a sponge to retain and release the oil. As a result of time and temperature conditions, the oil-release properties can become depleted. When this occurs, the grease is worn out.

Rule 6: The bearing may fit, but it may not last.

Bearings are precision products that require complex manufacturing processes. Inferior bearings that use low-quality steel and have poor heat-treating can prematurely wear and spall. The poor-quality steel may have inclusions of hard or soft metal that can cause a premature failure. In summary, an inexpensive bearing may look the same as a high-quality bearing, but it is what you can’t see that makes a difference between a comeback and a satisfied customer.

In addition, some cheaper hub units are using smaller bearing sizes than the OEM intended. This can also lead to premature failure. Unfortunately, the only way to tell is to destroy the new bearing.

On serviceable bearings, the most important service tip is to invest in a good set of seal drivers. Even a slight distortion in a seal made during installation can shorten the life of the bearing inside.

One may ask, “Why can’t I use an impact wrench to secure the axle nut?”

While it may appear to be easier to use an impact wrench, it is not recommended. OEM and bearing manufacturers always recommend using a torque wrench for installation.

During removal, an impact wrench can damage the axle nut threads and shock the CV joints. It can also create a false sense of security when adjusting a nut or bolt, which may be under- or over-torqued. This can leave a hub assembly susceptible to failure. Also, in almost all cases, it’s best to use a new axle nut. Some axle nuts cannot be adjusted and are designed to be used only once.

Always check the service information for the correct procedure. Over-tightening adjustable tapered roller bearings is a common error that can lead to premature failure. Tapered roller bearings on the front of RWD vehicles are never preloaded. They’re snugged up with no more than 15 to 20 ft.-lbs. of torque while rotating the wheel to make sure the bearings are seated. Then, the adjustment nut is loosened 1/6 to 1/4 turn, and locked in place with a new cotter pin. As a rule, endplay should be about 0.001 to 0.005 inches.

For an engineer, wheel bearing design and selection can be a balancing act between durability, cost and fuel economy. A large bearing might be great to combat potholes and heavy loads, but there is only so much room in the hub and knuckle. The larger bearing might also have increased rolling resistance due to a larger sealing surface. On the other hand, if the bearing is too small in diameter, it might not be able to withstand the loads and there might not be enough room for the axle. The smaller hub may also lack the stiffness to control the movement of the flange and rotor.

Axial spline hubs, or face spline hubs, are changing how axles are attached to hubs and rotors. Asymmetrical hub bearings are allowing larger wheel and tire packages to be installed on vehicles with extra weight or rolling resistance. Both technologies have new service procedures of which you should be aware.

Advertisement
In this article:bearings, diagnostics

The Nine Rules of Bearing Replacement

Torque and TPMS: What Technicians Need to Know
Connect with us 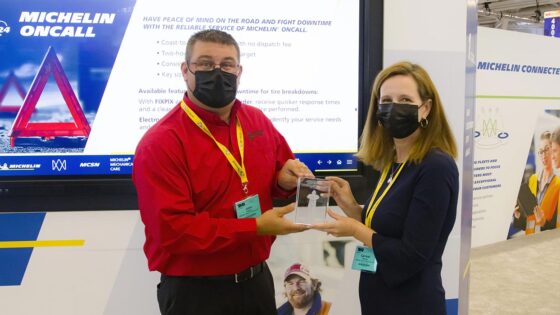