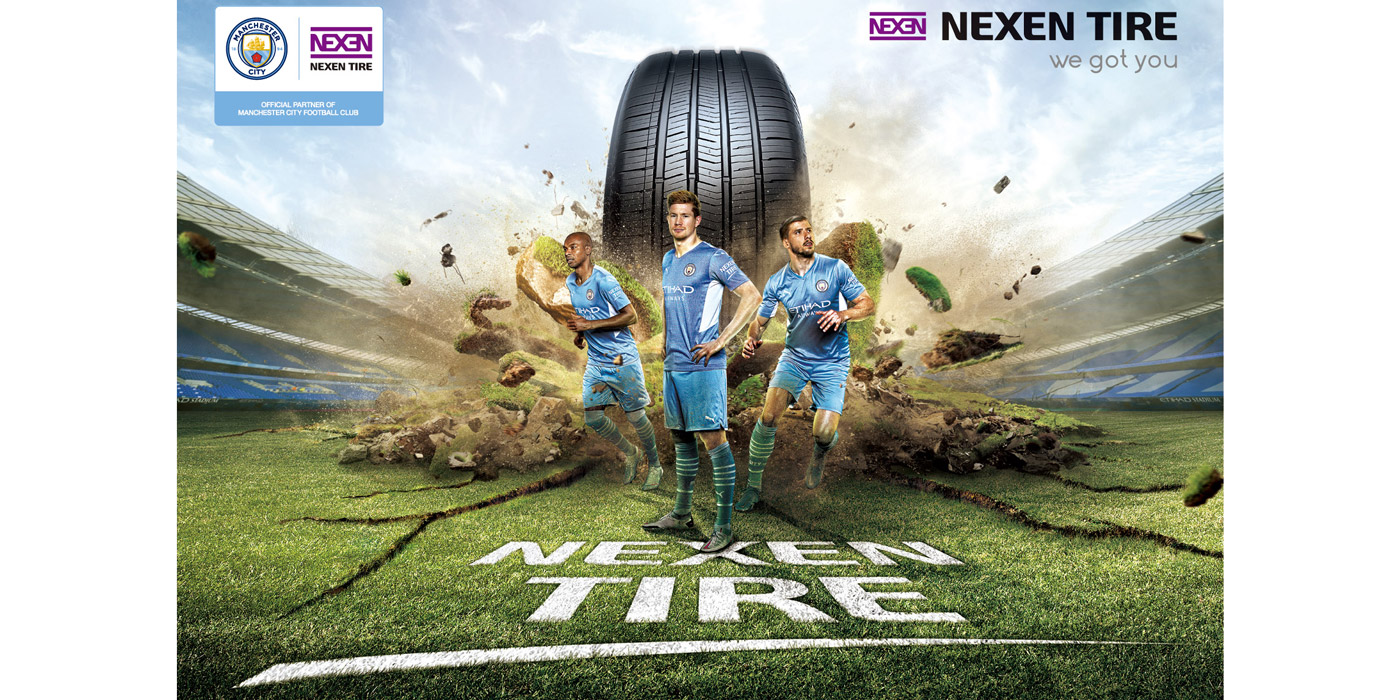 During the 2020/21 season, Nexen Tire and its business partners utilized its partnership with Manchester City to promote strategic sales like co-marketing events for consumers in Asia, the Middle East, Latin American and Africa.

Nexen Tire is continuing its partnership with Manchester City Football Club for the new 2021/22 season of the Premier League.

Since 2015, Nexen Tire has been an official partner of Manchester City. Despite challenges brought about by the global pandemic, the two partners are now preparing to kick off their seventh consecutive season together, the company says.

As a result of the pandemic, Nexen Tire says it has increased its engagement with global followers through online events and content distribution like the Purple Live, digital fan engagement campaign, virtual fitness challenge Nexen Road to Manchester City, and Road Trip Challenge, the latter where Manchester City players were challenged to pronounce the names of road trip locations around the world and in Korea. With Manchester City entering the new 2021/22 season, the company says it will continue to raise its interaction with fans using a variety of methods.

Nexen Tire says while it was able to raise global awareness through expanding its global market share, the Manchester City partnership also enabled the company to offer OE tires to a variety of automakers across the world.

According to the company, during the 2020/21 season, Nexen Tire and its business partners utilized its partnership with Manchester City to promote strategic sales like co-marketing events for consumers in Asia, the Middle East, Latin American and Africa. Going forward, the company says it looks to expand further in preparation for post-Covid operations during the 2021/22 season.