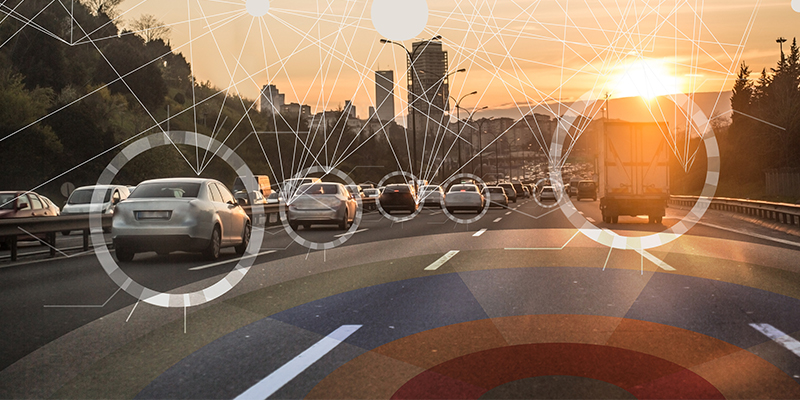 New IHS Markit report: The trend toward fewer vehicles driving more miles reflects a fundamental change in the way people will travel and promises to be a major disruptive force in the market by 2040. 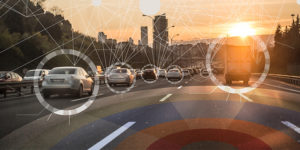 In a new report by industrial analysis firm IHS Markit predicts a dramatic increase in the number of miles driven and a slowing in automobile sales by 2040. The report, part of the company’s “Reinventing the Wheel” research initiative, envisions an increase in “Mobility as a Service” (MaaS) driving patterns, which re-imagine traditional automobile ownership as a shared resource for providing mobility. The company predicts that the result of these trends will be that while 2040 vehicle miles travelled (VMT) will reach an all-time high of 11 billion miles per year in China, Europe, India and the U.S. and will keep growing. At the same time, sales of light-duty vehicles will slow substantially.

The trend toward fewer vehicles driving more miles reflects a fundamental change in the way people will travel and promises to be a major disruptive force in the market.

“A great ‘automotive paradox’ — where more travel via car than ever, but fewer cars will be needed by individuals — will be a defining quality of the new automotive future,” said Daniel Yergin, IHS Markit vice chairman, Pulitzer Prize-winner and project chairman. “The shift is just beginning. By 2040, the changes in transportation will be accelerating in a way that will be visible on roads and highways around the world. The pace and degree of this dynamic shift will have significant implications for industry, for public transportation systems and for how people get to work and live their lives – and spend their money on transport.”

The report also considers the impact of emerging technologies such as autonomous and electric vehicles, which will become major enablers of MaaS companies, which are expected to purchase 10 million cars annually in the study’s key markets in 2040, compared to just 300,000 in 2017.

“Mobility service companies will be a prime driver of shifting car sales from personal to fleet economics,” said Tom De Vleesschauwer, transport and mobility practice leader at IHS Markit. “Ride hailing has the potential to be so disruptive because it is often the most convenient for consumers and can significantly increase access to car transport, particularly in markets with low car ownership rates.”

IHS Markit predicts that electric vehicles (EVs) will continue to gain market share and top out at about 30% of the market by 2040, compared to the 62% powered by gasoline or diesel. The continued strength of internal combustion vehicles will be largely driven by an increase in hybrids, with less than half of new vehicles being powered solely by gasoline or diesel.

“The move from ICEs to EVs offers one example of the big impacts that will result from coming changes in the automotive industry,” said Anthony Palmer, vice president, chemical consulting for IHS Markit. “The growth of EVs as a share of new vehicle sales means decreases in demand for chemicals and plastics materials traditionally used in ‘under-the-hood’ applications, including engineering plastics, that can withstand high temperatures, as well as for commodity plastics, used in gasoline tanks. But the transition to EVs also means new opportunities for chemical companies, which are preparing for the changes by investing significantly in future production for battery materials.”

“Oil’s monopoly as a transport fuel will erode as a new era of multidimensional competition takes hold — but it will remain a major player,” said Jim Burkhard, vice president, global energy markets and mobility. “Many of its advantages as a fuel, such as its high energy density, will persist. And the size of the current automotive ecosystem will moderate the pace of change.”

Electric vehicles (EVs) will account for more than 30 percent of new cars sold in key automotive markets examined for the study by 2040 — up from just 1 percent of new car sales in 2016. A key tipping point will be battery pack costs, which are expected to decline to a price point in the 2030s that will make EVs cost competitive with internal combustion engine vehicles, the study says.

Autonomous vehicles are also expected to emerge as a significant share of new vehicle sales after 2030, the study finds.

“It’s not only a matter of technology,” said Yergin. “Political, regulatory, social and psychological barriers to adoption will also need to be overcome.

IHS Markit analyses underscores that, while the depth and breadth of change coming in the automotive industry is significant, the roads in 2040 will in many ways be familiar.

“The automotive future will be defined by transformation unlike anything we’ve seen since the dawn of the automotive age,” said Tom De Vleesschauwer. “Still, our analysis shows that there will be much that looks familiar, even in 2040. The majority of new cars sold and miles traveled will be in vehicles purchased for personal use. And a large share of those will have internal combustion engines that run on refined crude products. But the future of automotive transport will be an era defined by multidimensional competition. And the changes that future brings about will be profound and permanent.”

Advertisement
In this article:Electric vehicles, IHS Markit, Industry Trends, mobility as a service

Apollo Tyres Increases Use of Green Power for Chennai Facility