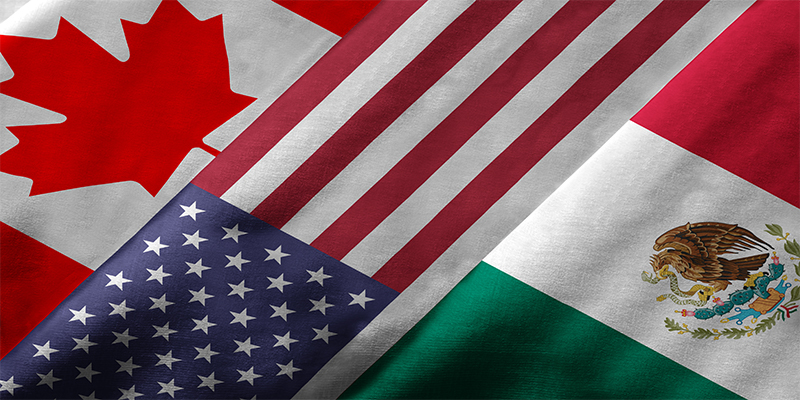 On Sunday night, the U.S., Mexico and Canada reached an agreement to update the North American Free Trade Agreement (NAFTA).

On Sunday night, the U.S., Mexico and Canada reached an agreement to update the North American Free Trade Agreement (NAFTA).

The new agreement, called the United States-Mexico-Canada Agreement (USMCA), won’t go into effect right away. In fact, all three countries and their legislative bodies have to sign off on it, which will take months, according to a report from the Washington Post.

Although minor to some, the tweaks in the deal will bring changes to the automotive industry, which include updates to the auto rules of origin. Under the new agreement, 75% of a vehicle’s content needs to come from the U.S., Canada or Mexico. This is up from the current 62.5% vehicles were under in order to receive duty-free treatment.

The updated rules also state that 70% of steel, aluminum and glass used in autos be sourced from North America. Additionally, the updated rules state that starting in 2020, cars and trucks should have at least 30% of the work on the vehicle done by workers earning $16 an hour. That moves up to 40% by 2023, the Washington Post reported.

Under the agreement, auto parts and replacement parts manufactured between the three countries are not subject to tariffs. However, Trump’s 25% tax on steel still remains, the Washington Post reported.

“USMCA will give our workers, farmers, ranchers and businesses a high-standard trade agreement that will result in freer markets, fairer trade and robust economic growth in our region,” the U.S. Trade Representative said in a joint statement with  Canadian Foreign Affairs Minister Chrystia Freeland. “It will strengthen the middle class, and create good, well-paying jobs and new opportunities for the nearly half billion people who call North America home. We look forward to further deepening our close economic ties when this new agreement enters into force.”

For more information on the updated trade deal, click here.