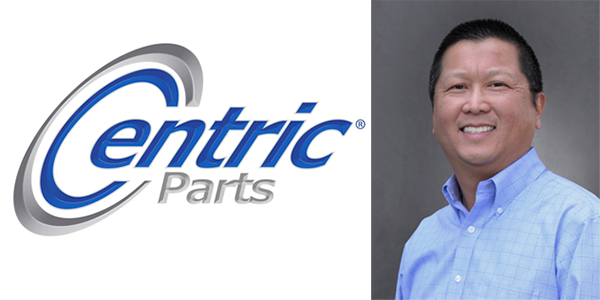 In his new position, Woo will be responsible for all operations and will be the executive team leader for product management, purchasing, and operations for Centric Parts, as well as its Qualis Automotive and StopTech divisions. Woo is a 28-year automotive aftermarket veteran and has served in a variety of top executive positions.

Speaking on the appointment, Charvat noted, “Greg Woo has been an indispensable part of the Centric family for over a decade. His dedication and leadership has played a significant role in helping Centric Parts become North America’s leading manufacturer and supplier of aftermarket brake and chassis components. This promotion is not only a testament to his hard work, expertise, and knowledge of our industry, but also our confidence in his abilities to keep Centric on top and continue to grow the business.”

In support of Greg’s appointment, Dan Lelchuk noted, “Greg’s extensive experience and knowledge of our business is clear. He has the well-developed trust, confidence, and critical thinking required to lead Centric. I am very confident in his leadership and what he’ll be able to do for the business going forward.”

Charvat also added, “I would also like to thank Dan Lelchuk for his incredible contribution at Centric, and I look forward to working with him further at APC Automotive Technologies in his new role.”

Before his promotion, Woo served as Vice President/General Manager of StopTech, the performance brake division of Centric, from 2007. Prior to Centric, he was President of Power Performance Group, which was acquired by Centric in 2007. Woo was also President of APS/Neuspeed from 1998–2004.

Woo holds a BA in Social Science and an MBA from the University of California, Irvine. He is an ISO9001-TS16949 certified auditor and a Six Sigma Yellow Belt, re-certifying to Green Belt in 2015.