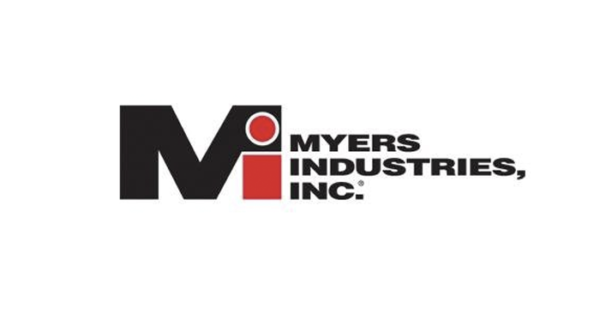 The company has reported net sales of approximately $135 million, flat to the third quarter of last year.

The company has reported net sales of approximately $135 million, flat to the third quarter of last year.

GAAP net loss per diluted share from continuing operations was in the range of 36 cents to 38 cents, including the impairment charge discussed below, compared with GAAP net income of 10 cents in the third quarter of 2017.

Adjusted net income per diluted share from continuing operations was in the range of 14 cents to 16 cents, compared with 10 cents in the third quarter of 2017.

The company expects to recognize a non-cash, pre-tax impairment charge of $23 million in the third quarter of 2018 related to the 2015 sale of the company’s Lawn and Garden business and the associated promissory note.

Myers Industries said it now expects that fiscal year 2018 total sales will be flat to up low-single-digits on a constant currency basis compared with the prior year.

“While our third quarter financial performance reflected the traditional seasonal slowdown in the second half of each year, results were further impacted by lower-than-expected sales in the distribution segment. Because of continued disappointing performance in this segment, we are reviewing several more aggressive actions and will communicate those actions in the coming weeks,” said Dave Banyard, president and CEO of Myers Industries.

“Within the Material Handling Segment, we also saw a more pronounced slowdown than anticipated in the RV market,” added Banyard. “Despite these challenges, we continue to generate strong cash flow, and we remain confident about the future outlook for Myers Industries.”

In other news from Myers Industries, the Akron Beacon Journal has reported that the company changed its mind about a headquarters move from its home base in Akron, Ohio, to Cleveland. In September, the company announced it would move approximately 120 jobs from its Akron, headquarters to nearby Cleveland, in exchange for roughly $400,000 in public funding from Cuyahoga County Community Improvement Corp. The Beacon reports the company has changed its mind, citing unanticipated costs involved, and will keep the jobs in Akron.

Advertisement
In this article:Myers Industries