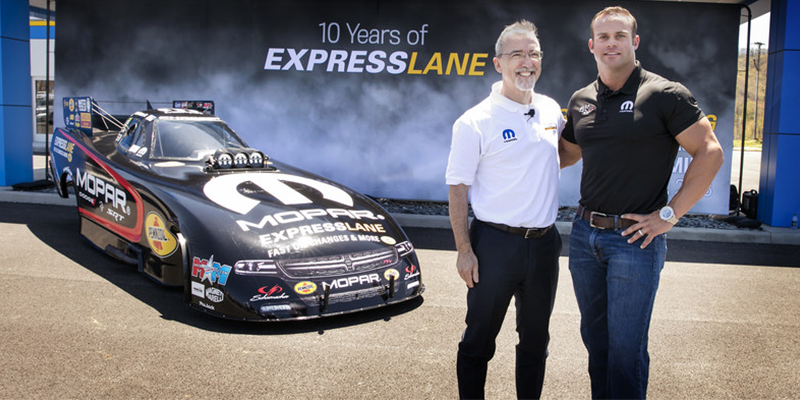 Mopar, the service, parts, tire and customer-care brand for Fiat-Chrysler vehicles, is celebrating a decade of operating the brand’s Express Lane service.

Mopar is celebrating a decade of operation for the brand’s Express Lane service.

The Pulaski Motor Mile Express Lane is the latest of more than 1,850 Express Lane stores around the globe, located in more than 30 countries, including Argentina, Brazil, France, Indonesia, Italy, Japan, Saudi Arabia and South Africa, among others. More than 1,200 Express Lane facilities are operational in the U.S. with over 200 added since 2016.

“Fast. Convenient. Efficient. These three words define our modern lifestyle and Express Lane’s mission over the last 10 years,” said Pietro Gorlier, Mopar’s head of parts and service for Fiat-Chrysler Automotive. “As the needs and expectations of our customers around the world continue to evolve, so do we. It doesn’t matter if you need service in the U.S., Japan, Argentina or Italy, Express Lane offers consistent, top quality customer care around the globe.”

Express Lane’s 10 year anniversary was celebrated at the grand opening of the Pulaski location, which is a 11,500-square-foot faciity with 10 service bays. It is geared toward creating a comfortable environment for customers and serves as a potential blueprint for future stand-alone Express Lane stores.

Advertisement
In this article:Tire Dealer