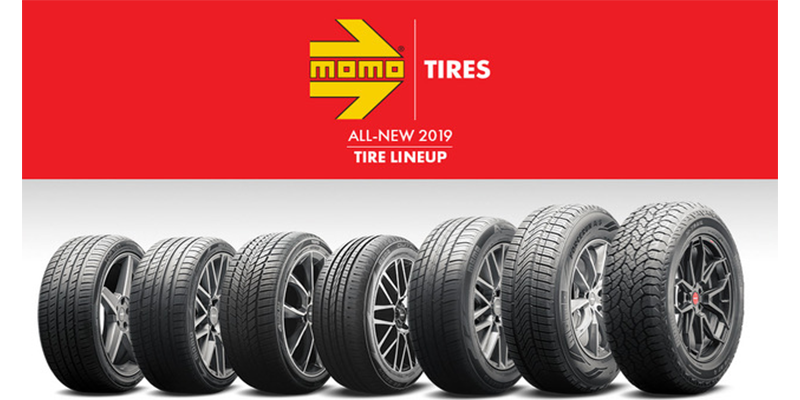 Momo Tires, a manufacturer of ultra high-performance tires, road wheels, racing safety equipment and tuning accessories, will expand its tire lineup to include seven new all-season designs and will introduce a new compound specifically formulated for the North American market.

Distributed and marketed in more than 60 countries, Momo launched in the North American market in late 2017 and has invested heavily in developing a new line of tires in the all-season and truck segments.

The new products are available now and most come with an up-to 50,000-mile limited warranty. Momo Tires now has 14 total patterns in seven segments to support their national dealer network, the company says.

“With the addition of the new 2018 line, Momo Tires now has over 400 part numbers dedicated to servicing the North American market and growing market coverage from 2017 to 2018 by nearly 40%,” said Henrique Cisneros, chairman of the Momo automotive group. “Momo Tires is extremely aggressive about expanding the lineup and will continue to focus on expanding the ultra high performance market in 2019.” Debuting at the 2018 SEMA Show, MOMO’s newest offerings will be showcased in booth #46063 in the Lower South Hall of the Las Vegas Convention Center.

Click here to see more products to expect at the 2018 SEMA Show!