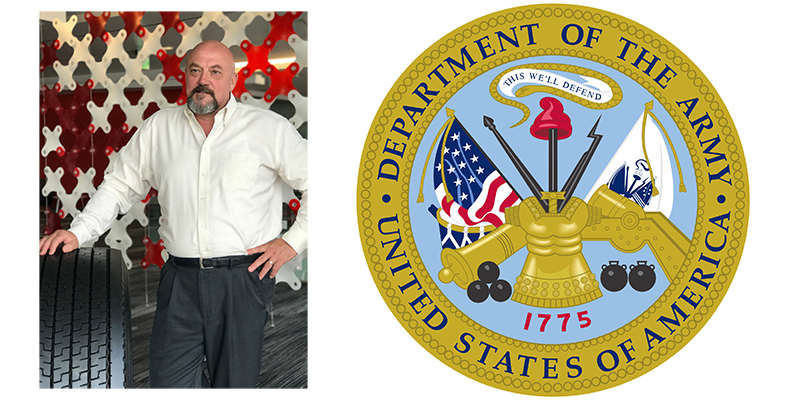 Once you’ve served in the military you carry certain traits with you through your life. This is certainly true for Yokohama’s Tom Clauer.

Once you’ve served in the military you carry certain traits with you through your life. This is certainly true for Yokohama’s Tom Clauer.

“I was on an airplane the other day and I was standing at the end of the aisle, and one of the flight attendants asked me a question, and I met it with some kind of a response. She looked at me and says, ‘You’re either active or ex-military,’” he shares. “I asked, ‘How do you know?’ She said, “You know, just certain things that are ingrained in your mannerisms.’… It’s true. I know a couple other people here and that I’ve worked with in the past, and you know right away that they are military. It’s a certain training discipline; just creates a different attitude.”

Clauer joined the Army in 1978. He served two years active duty, two years in the Reserves, and two years inactive. He spent time based both in the U.S., at Fort Campbell, Ky., and Fort Carson, Colo., as well as abroad, with two stints in South Korea.

Clauer’s military occupational specialty, or job, was infantry. He also specialized in weapons and armor, working with different missile systems.

While stationed in South Korea, Clauer trained with the Special Forces and assisted with patrols in the demilitarized zone. He can’t discuss his time there, but people are surprised to know he served in the DMZ.

Clauer says his military experience has definitely been positive on his career. His training has helped him with focus, discipline, and having a different attitude, he shares.

Clauer is currently corporate manager of commercial and OTR product planning at Yokohama Tire Corp. In this role, he helps manage the tiremaker’s product lines including lifecycle, new products, and product enhancements.

Clauer joined Yokohama in 1997. Prior to that, he’s worked at several different companies over his career, including TCi and Goodyear. TR