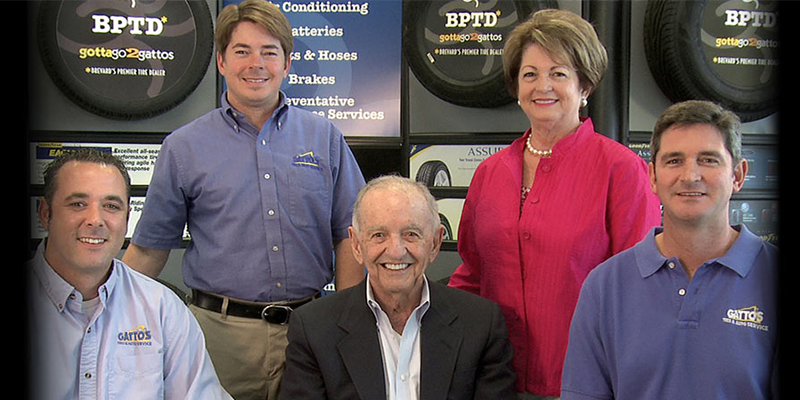 Michael (Mike) Gatto, the founder of Gatto’s Tires & Auto Service, died Feb. 11 with his loving family by his side. He was 93 years old, according to his obituary.

Michael (Mike) Gatto, the founder of Gatto’s Tires & Auto Service, died Feb. 11 with his loving family by his side. He was 93 years old, according to his obituary.

After graduating from Louisiana State University, Gatto got his start in the tire industry with Goodyear Tire & Rubber Co. as a sales and marketing manager for the Kelly Springfield Tire Company.  He spent 22 years as a regional retail manager for Goodyear, traveling so much that daughter Pam, the current president and CEO, went through seven schools before graduating from high school, his obituary said. After much travel, Gatto received Goodyear’s help in establishing his own retail store in 1970 and settled in Melbourne, Florida. Today, Gatto’s Tires & Auto Service, the winner of Tire Review’s first Top Shop Award in 2007, has six locations and one truck tire center along Flordia’s east coast in Brevard County.

“He taught me everything about the business,” recalls Pam in an interview with Tire Review. Pam joined the business in 1973 and was only supposed to help her father out in the store for a couple of weeks. Instead, their working relationship turned into a strong 34-year partnership. “He was a salesman, and I handled the accounting and the planning,” he says, “and he was a great marketer.”

Pam said she remembers her father “back in the 60s and 70s – the cocktail party days. People would always say your dad would have been Johnny Carson if he lived in Hollywood,” she says. “He was easy to love, quick-witted, friendly, pleasant… everyone loved him.” She recalls their working relationship as harmonious, almost always agreeing on the next step the company should take, yet said her father liked to challenge her, telling her that she always rose to the challenge. 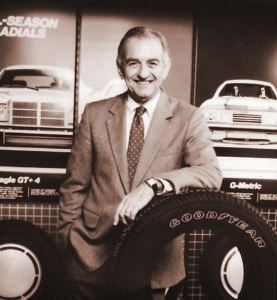 Mike Gatto during his early days in the tire business.

Linda Brandt, president and CEO, brandt ronat + company which serves as Gatto’s ad agency, said she has worked with the Gatto family since 1989 and created the jingle, “Gotta go to Gotto’s” for the company. Mike hired her to place ads for the company, which centered around trust, hiring experts and treating people well. She said Gatto was entrenched in his community and remembers him as “very warm with a good wit and sharp to the end.”

Pam said one of her father’s greatest accomplishments is seeing the business go into its third generation of family ownership. She said her sons, Mike and Scott McHenry, and Gatto’s grandson in law, Mike Nevin, will be the next-generation owners of Gatto’s Tires and Auto Service. 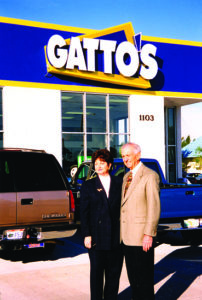 Calling hours will be Friday from 4-7 p.m. at Brownlie – Maxwell Funeral Home, 1010 Palmetto Ave, Melbourne, FL. A Mass of the Resurrection will be celebrated on Saturday at Our Lady of Lourdes Catholic Church, 1710 Hickory St, Melbourne, FL.