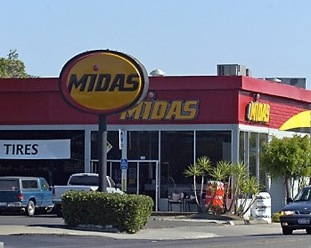 “We continued to make solid progress during the quarter in executing our growth strategies, including co-branding our shops, reducing our inventory of company-operated shops and attracting new, high-quality franchisees,” said Alan Feldman, Midas chairman and CEO. “We are especially encouraged by improving trends in retail sales and operating income, and have now delivered eight consecutive quarters of positive comparable shops sales at U.S. Midas shops. Midas shops continue to drive traffic with value-priced oil changes, which, in turn, has led to growing customer awareness about the breadth of our auto repair and maintenance services.”

Total sales and revenues for the quarter were $46.3 million, compared to $48.8 million in the third quarter last year. Sales for the first nine months were $140.1 million down, from $145.8 million in the first nine months last year. The company said this anticipated decline in revenues was due to having 27 fewer company-operated Midas and SpeeDee shops compared to 2010, primarily as a result of the company’s ongoing re-franchising efforts.