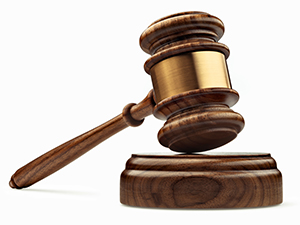 Following the patent infringement suit Michelin North America filed against Atturo Tire Corp. and Svizz-One Corp. in May regarding a tread design, Michelin announced it has reached a favorable settlement agreement with the companies.

The lawsuit was filed with the U.S. District Court for the District of South Carolina and alleged that two tire models – the Atturo AZ600 and the Thunderer Ranger 007 – infringed Michelin’s Patent U.S. D483,322 for the Michelin Latitude Tour tread design., the tiremaker said.

The Atturo brand tires in question are manufactured by Svizz-One in Thailand for the U.S. market.

“We are pleased with this litigation settlement,” said Scott Clark, chief operating officer, Michelin North America. “In addition to recognizing the hard work of our employees, Michelin’s patents represent our Company’s commitment to providing quality products to our customers.”

Atturo added the company is “pleased to bring this dispute to a close in a timely manner without the need for prolonged litigation.”

According to Michelin, all parties involved have agreed to keep specific terms of the settlement confidential.