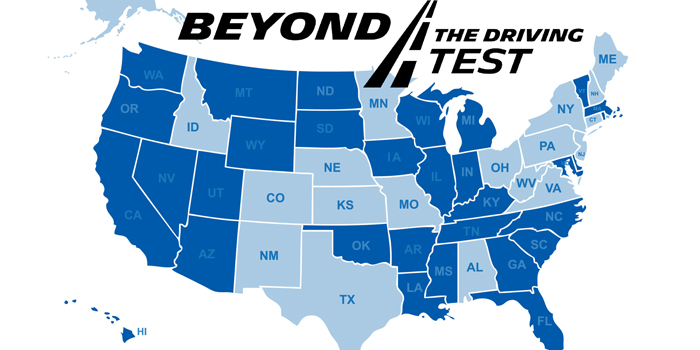 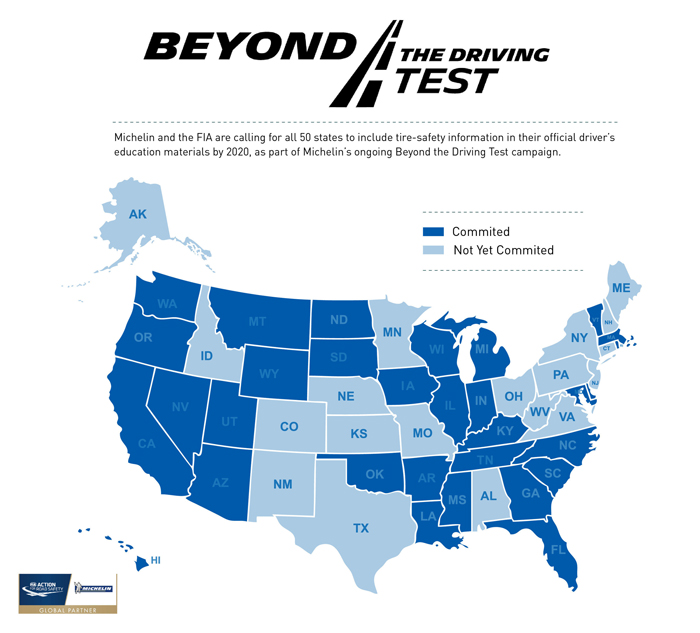 Michelin North America and the Fédération Internationale de l’Automobile (FIA) has kicked off the third year of its award-winning Beyond the Driving Test road safety campaign by premiering new video content during Australian rock band 5 Seconds of Summer’s U.S. tour.

Through the campaign, Michelin focuses on raising awareness of the importance of tire safety and maintenance among millions of teens and parents.  The campaign’s goal is “to address tire safety education and information gaps in all 50 states by 2020” and this year, 31 states have already committed to updating driver’s education materials with consistent tire maintenance and safety information.

“Michelin is committed to transforming tire safety education for new drivers to help make our nation’s roadways safer for all motorists,” said Pete Selleck, chairman and president of Michelin North America. “Beyond the Driving Test is a multifaceted campaign focused on shifting driver’s education policy while mobilizing teen and parental involvement in road safety—all with the goal of saving lives.”

Michelin’s Beyond the Driving Test teen YouTube influencer campaign was named 2016 Community Relations Campaign of the Year by PRWeek in March 2016, and recognized by the Public Relations Society of America with three 2016 Silver Anvil Awards.