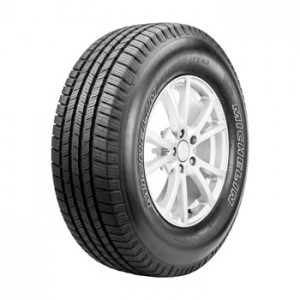 Eventually the LTX M/S 2, with the exception of a few OE SKUs, will phase out and be replaced by the Defender LTX M/S, the tiremaker said.

The main reason for the compound enhancement is to meet the high-torque demands of today’s light trucks, Peters notes.

Acknowledging the LTX M/S2’s popularity and success in the market, Peters said the compound evolution message is very important to dealers and consumers, because “if it ain’t broke don’t fix it.”

“The LTX M/S2 is very familiar. That same sculpture was almost the same as the LTX M/S1,” he shared. “By applying the name Defender to it, we’re trying to show we’re evolving the compound to meet where trucks are now and where they’re going.”

The move to the Defender name is part of Michelin’s plan to divide its tires into two “families.” By focusing on the families – Premier and Defender – dealers have a much easier message to deliver to consumers.

“Dealers don’t have to learn different things for every product line. They learn one thing and learn it well and it can be applied across the entire tire family,” Peters said.

In the half-ton sizes, Michelin wants to take the person who gets 20,000 miles tread life due to the heavy torque applied to the ground, to get 50,000 miles, Peters shared.

“Warranty is a selling tool not a real-world promise on tread life,” he said. “We want the person who use to buy the M/S 2 or someone who bought a competitor’s tire to get more miles out of the Defender LTX than they would have otherwise.”

With the new compounding there’s an increased resistance to chip and tear and improved tread life on gravel, Peters said.

Additionally, Michelin believes the Defender LTX M/S will be a successful tire for contractors and fleets, especially with car-derived vans such as the Ford Transit.

Michelin has lined up a few lifestyle deals to accompany the launch of the Defender LTX M/S. The tiremaker has partnered with Ducks Unlimited as well as the National Wild Turkey Federation, it said.

The Defender LTX M/S will be produced at Michelin’s plants in the U.S. and Canada.