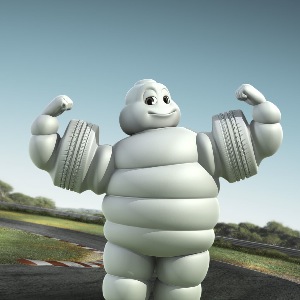 Once again, Michelin advertising has run afoul of the authorities over its advertising claims – the fourth such time in the last 18 months.

This time, acting on a complaint by Bridgestone Americas, the National Advertising Review Board (NARB) panel has recommended that Michelin North America modify print advertising for the company’s HydroEdge tire.

NAD found that a print advertisement that included the headline claim “More miles. More fuel efficiency. More than what you pay for.” implied that all Michelin tires provided more miles and more fuel efficiency, and recommended that the claims be discontinued or modified to name the particular tire about which the claims were being made.

NAD also recommended that the disclosures in the print advertisement be made more visible.

MNA has appealed NAD’s findings, and said it disagreed with the panel’s findings, but “respects the self-regulatory process and will take the panel’s decision into account when developing future advertising.”

In May 2009, MNA made a multi-state settlement “regarding alleged misrepresentations Michelin made in its advertising of Michelin fuel efficient tires.” The tiremaker denied any wrongdoing, and agreed to make minor changes in the copy of print advertisements it has run concerning the purported fuel efficiency of its tires.

In March 2010, MNA faced another Bridgestone complaint against its Hydro-Edge advertising, this one from NAD, which asked Michelin North America to “modify or discontinue, among other claims, certain advertising claims for the Hydro-Edge tire.”

And this past July, Michelin’s U.K. advertising was sanctioned by the Advertising Standards Authority after 15 complains were filed regarding the tiremaker’s claims for its EnergySaver line.