You don’t have to be deaf, dumb, blind or even nasally challenged to know there’s something really smelly about the Ford Explorer.

Bridgestone/Firestone Inc. (BFS) has taken the brunt of the negative publicity, and suffered significant financial and perception damage, because of concerns that a "high" number of its tires failed on one particular vehicle.

Little, too, is made of the fact that these particular tires suffered next to no failures on any other type, make or model of vehicle. Or that a high percentage of tire failures on Explorers occurred on the left rear – right under the gas tank – and on a vehicle that’s quite prone to being overloaded.

Forget all the crappola about underinflated tires and lack of tire maintenance, because those issues are not exclusive to Firestone tires or Ford Explorers. Those are universal truisms, equally prevalent with Michelins and Goodyears and Civics and Blazers.

Tires are being blamed for hundreds of deaths and injuries, not the vehicles. The media calls it the "Firestone Debacle," not the "Ford Debacle." It could as easily be the Goodyear Debacle, the Michelin Debacle, the Cooper Debacle.

Have a high number of Firestone tires failed on vehicles? Yes, regardless of the number of units sold or the OE share. Does BFS recognize there was a problem with some of its tires? Yes, and they have said so time and again.

But is it merely a coincidence that a high percentage of these unfortunate accidents occurred on Ford SUVs? No right thinking person could possibly come to that conclusion.

This isn’t about BFS or Firestone tires. This is an industry issue. This is as major a concern for Goodyear, Michelin, Cooper, Continental and with all other manufacturers and marketers as it is in Nashville.

When authorities take a fistful of claims – mostly uninvestigated and unsubstantiated, at that – and cause the buying public to question the products that we make, sell and service, then we all need to take action.

Perhaps the government should be damn sure what it’s doing before it undertakes the destruction of any corporation, especially when it bases its findings on unsupported allegations and lacks any real measures by which it can assess product performance.

Happenstance is never consistent. I’m no math major, but how astronomical are the odds that one particular make and model of tire suffers a high degree of failure on one particular make and model of vehicle – and no others? And how otherworldly are the odds that the same vehicle continues to suffer separations and rollover accidents while on other brands of tires?

On May 31, BFS asked that NHTSA undertake an investigation of the Explorer. At the last round of Congressional hearings in June, NHTSA said it would. But, at press time, there has been no further response.

So here’s my challenge to you: Regardless of your brand affiliation, I want you to pick up a pen or dial the phone and tell NHTSA that it has no choice but to investigate the Explorer – and get it done quickly. You can’t find that badly needed smoking gun if you don’t look everywhere for it. And tell NHTSA failure to investigate would be a clear violation of its charter and duty.

We need all of you to take this message to Washington. Tell NHTSA that it can’t simply choose sides because it’s convenient or less controversial. Remind NHTSA that this isn’t about size, share or number of lobbyists. It’s about protecting the public.

Dr. Jeffrey Runge, a respected emergency medicine doctor from North Carolina, has been installed as the new head of NHTSA. I’m sure he’d like to hear from all 32,000 of you readers.

You can address your letters to:

But do it now. Because tomorrow it could be you. 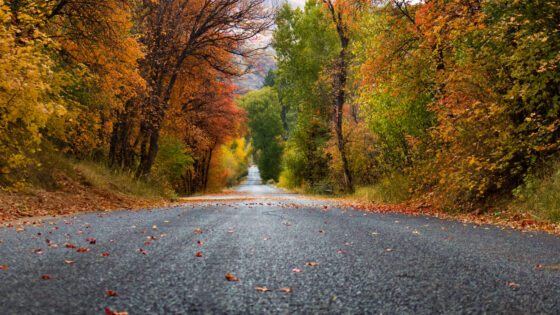