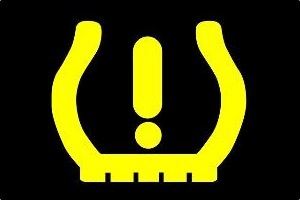 We started publishing consumer letters regarding TPMS problems. They came in response to a recap of dealer complaints about certain makes/models of vehicles sporting unique TPMS issues, particularly corrosion.

“I previously commented on the number of failures I’ve encountered, 7 or 8 out of 12 tires, last one leaking and blew apart right after unscrewing cap with two fingers. Now I find out tire pressure sensors cannot be replaced with old reliable rubber ones. Tire pressure sensors must be functional as part of New York State annual inspection. Next year if you have a low-pressure light on it’s a failed inspection.”

“I bought three new 2009 Mazdas – a Mazda 3, a Mazda 5 and a Mazda CX7. I reside in Buffalo, and all three vehicles have experienced valve stem TPMS sensor failure. Yesterday, with the low pressure light on again, the TPMS sensor on the Mazda 5 crumbled in my fingers, blowing out the valve stem and causing a very rapid deflation of the tire as if it was a blow out! My Mazda dealer has been charging for last couple of replacements, but is no help with this one. Vehicle is going to a tire store and I’m replacing the TPMS sensors with old-style rubber stems. And I’m putting a small piece of black plastic tape over dashboard light! This is a very serious safety issue. Car dealers should be replacing failed sensors at no charge with redesigned sensors now available, and the carmakers should have a recall!”

“Came across your 2012 article about this problem. This winter, two valve stem sensors on my 2009 Grand Caravan snapped off resulting in immediate flats. I had all valve sensors replaced with rubber ones, and I complained to Chrysler corporate. Since the vehicle is no longer in warranty, they are unwilling to do anything. Obviously this was a poorly designed part. Any suggestions?”

“I have a 2010 Chrysler Town & Country. Two weeks ago after just coming off an interstate I noticed a tire (left front) was low. Tried to put air in the tire and all it did was push valve in and let more air out. Got Walmart to put in regular valve, which I hear is illegal. This past Friday I had my 93-year-old mom in the car and again after coming off I-75 I pulled into my destination, within 2/10ths of a mile from the exit, and realized the left rear was flat. While I was waiting on a tow truck to put the donut on, my mom said [it] looked like the right front was getting low. Sure enough it was gradually going down. At this point I had to be towed to the car dealer. They quoted over $500 to replace all four sensors. I pointed out that the right rear only had half of the nut left on the valve. We are arguing with Chrysler currently and my car is sitting at the dealer. This was extremely dangerous situation.”

This situation continues on and on and on, and it’s the same vehicles over and over again … Mazdas, Jeeps, Chryslers, Dodges. I wonder if NHTSA can tear itself away from doing nothing long enough to deal with this growing problem?

Meanwhile, Back at NHTSA, TPMS Problems Are Never Dealt With