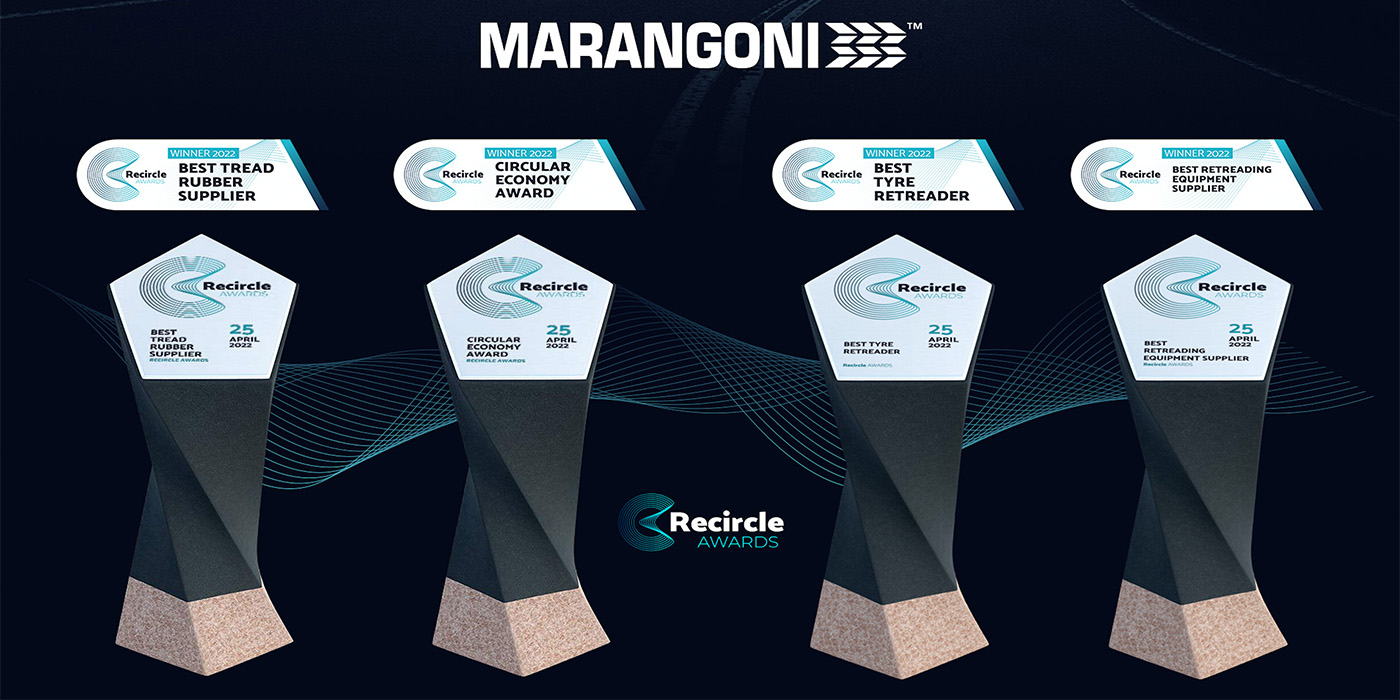 Marangoni says it won four categories of the Recircle Awards 2022, the highest number of prizes awarded in the global event created to acknowledge the contribution that companies in the tire retreading and recycling sectors provide.

Marangoni says it made it to the highest podium in the following categories:

The Recircle Awards’ winners were announced at the ceremony broadcast online on April 25. The trophies will be delivered during The Tire (in Cologne, Germany, on May 24) and Autopromotec (in Bologna, Italy, on May 26).

Advertisement
In this article:Award, Marangoni, retread

Marangoni Awarded at the Recircle Awards 2022