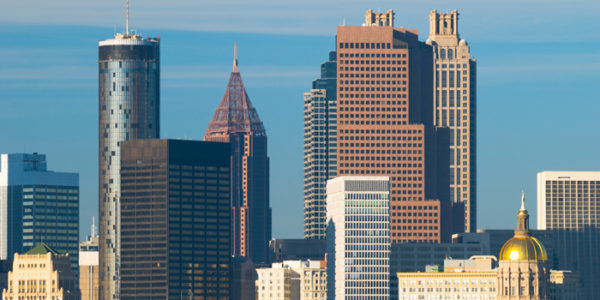 On the same day Mercedes-Benz USA celebrated the opening of its new headquarters in Atlanta, local news reported that an Akron, Ohio-based tiremaker has selected the city for an additional operations support center.

Local news outlets in Atlanta report that Akron, Ohio-based Goodyear Tire & Rubber Co. has selected Atlanta for the location of a new operations support center. The company is reportedly looking for up to 40,000 square feet of office space in the city’s central perimeter area.

In the same area of Atlanta, Mercedes-Benz USA on March 15 celebrated the grand opening of its new headquarters in Sandy Springs, a 200,000 square-foot building located on a 12-acre campus near Georgia 400 at the intersection of Mercedes-Benz Drive (formerly Barfield Road) and Abernathy Road.

During the ceremony, Daimler leadership announced its intention to establish a global incubator-type entity called Lab1886 in Atlanta. Lab1886 will help drive innovation by combining a big corporation’s expertise and know-how with the spirit of a startup. Lab1886 will open in the summer of 2018 and joins three existing locations in Beijing, Berlin and Stuttgart.