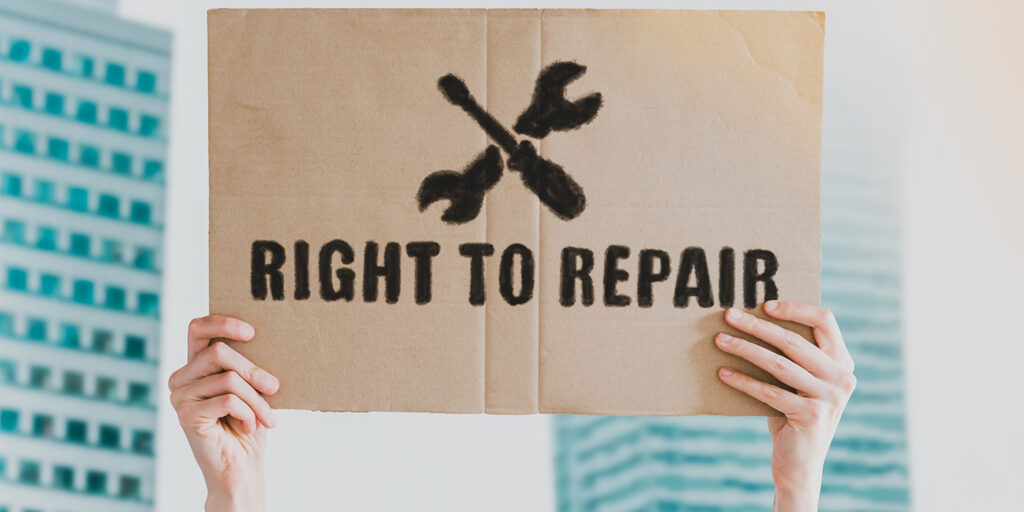 A right-to-repair ballot initiative is underway in Maine, as members of the state’s Right to Repair Coalition, a group of independent repair shop owners and employees, filed an application for a citizens initiative with the Maine Secretary of State’s office.

The initiative asks for a statewide referendum in 2023 that would protect the rights of independent auto repair shops to repair new cars and trucks. The group’s application is under review by the Maine Revisor’s Office, which will have 15 business days to provide a draft of the initiative for the applicants to review, the Portland Press-Herald reported.

With new vehicle models, car manufacturers have restricted access to real-time diagnostic and repair information wirelessly, otherwise known as telematics. OEMs serve as gatekeepers for the data, determining who can have access and at what cost. According to the Auto Care Association, this is a detriment to consumers and the automotive aftermarket, causing a loss of innovation, lack of competition and reduced collaboration within the automotive industry. The Auto Care Association, Tire Industry Association and other aftermarket associations have supported both local and federal right-to-repair legislation.

“The Auto Care Association proudly supports the right-to-repair referendum introduced in Maine by independent auto repair shops,” said Bill Hanvey, president and CEO, Auto Care Association. “As we await a decision on the Massachusetts right-to-repair lawsuit and concurrently pursue federal legislation through the REPAIR Act, we applaud the citizens’ initiative for bringing more visibility to the need to secure the consumers’ right to choose where they get their vehicles maintained and repaired. Momentum is increasing, and it’s clear that consumers and our industry will not be satisfied until these basic rights are granted.”

According to the Press-Herald, once a petition to get the right-to-repair measure on the ballot is issued by the Maine Secretary of State, supporters will need to gather signatures from registered voters before Jan. 26, 2023. The number of signatures required equates to about 10 percent of the votes cast in the last governor’s election, which is around 63,000 signatures, the Press Herald says.

“Americans are tired of unfair practices that make it harder and more expensive to repair vehicles. We’re encouraged that Maine auto repair shops, vehicle owners and others are taking action to promote greater consumer choice, as we continue the fight in Washington to ensure right-to-repair through common-sense solutions such as the bipartisan REPAIR and SMART Acts,” says Justin Rzepka, executive director of the CAR (Consumer Access to Repair) Coalition.

On Nov. 3, 2020, Massachusetts voters approved a right-to-repair ballot measure by a 75% to 25% margin. The new law would have required manufacturers to provide vehicle owners both access and control of the diagnostic and repair data generated by their vehicles.

However, the Alliance for Automotive Innovation, whose members produce the vast majority of cars and light trucks sold in the United States, filed for a preliminary injunction in December 2020 against the enforcement of the new law. The motion for injunction claims that the updated Right to Repair law “is unconstitutional because it is preempted by federal law.”

More than 18 months after Massachusetts voters approved this ballot measure, the voter-approved changes remain in limbo, as of the beginning of July. A district court judge delayed a decision on the case, citing “the need to consider fully the implications of the long-anticipated decision.”

Meanwhile, U.S. Rep. Jan Schakowsky, (R-Ill.) who is chairwoman of the Consumer Protection and Commerce Subcommittee, wrote a letter in June to the Government Accountability Office Office (GAO) requesting an examination of competition and cyber security issues related to access to in-vehicle data.

Earlier this year, U.S. Rep. Bobby Rush (D-Ill.) introduced the “Right to Equitable and Professional Auto Industry Repair (REPAIR) Act,” which looks to “ensure the preservation of consumer choice, a fair marketplace and the continued safe operation of the nation’s 288 million registered passenger and commercial motor vehicles, 70% of which are maintained by independent repair facilities,” according to the Auto Care Association.