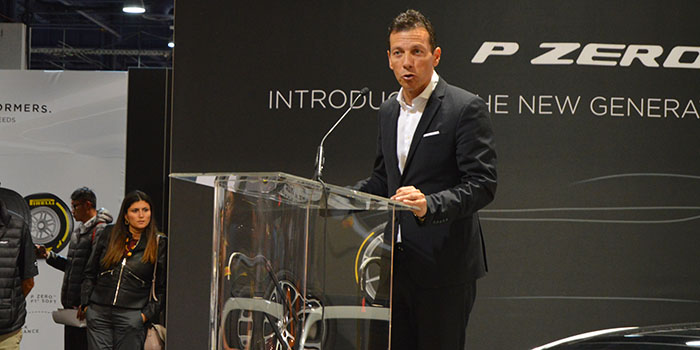 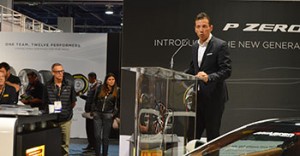 The Pirelli name often is associated with Formula One racing, luxury and design, and the manufacture of customized tires for some of the world’s most prestigious vehicles. But on Nov. 1, the company announced plans to expand its racing technology footprint as presenting sponsor and official tire of the Trans Am Championship, showing an interest in outfitting more than just exotic supercars.

The announcement comes one day after the addition of four new products to the Pirelli product family. New products announced include P Zero products for extreme performance as well as luxury sport and luxury sedan vehicles. Durability, noise and handling – overall safety, especially in wet conditions – were a priority.

“This is a big deal for us because when you think of Pirelli, what you see in front of you is what you expect,” said Rafael Navarro, Pirelli’s vice president of motorsports, communications and prestige for North America, referencing the Lamborghinis and other exotic sports cars showcased in the Pirelli booth at the SEMA Show. “Now we’re in a position where we want the challenge; (expanding) the Pirelli brand footprint that we have. I’m happy to tell you that when you start thinking of names like Camaro, Challenger, Mustang – traditional American muscle – it’s a natural progression for us to announce a relationship with Trans Am Racing Championship.”

According to the company, Pirelli will supply purpose-built P Zero racing tires for the headlining TA and TA2 categories, specifically created for the unique needs of Trans Am race cars. Research and testing involved a partnership between Pirelli engineers and Trans Am’s top teams and drivers. A Cinturato rain tire also has been developed for the Trans Am Championship so that racing can continue even when it’s raining. 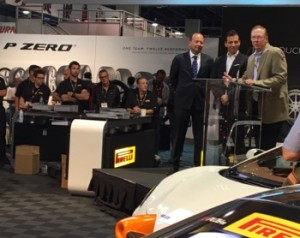 “This new agreement with Trans Am is part of a wider plan to continue growing the commercial motorsports business in the North American market,” added Navarro in a prepared statement. “Our direction was clear from the beginning and we have developed and produced a product that introduces radial technology to all categories, improving performance while maintaining the characteristics fans have come to appreciate from Trans Am racing.”

Pirelli is now sole supplier to Trans Am, in a three-year deal running from 2017, as well as presenting sponsor. The competition will now be known as the “Trans Am Championship, presented by Pirelli.”

Advertisement
In this article:Pirelli, SEMA