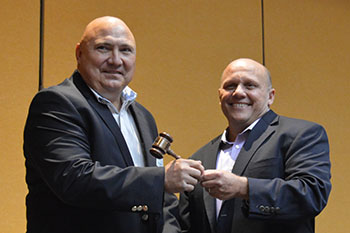 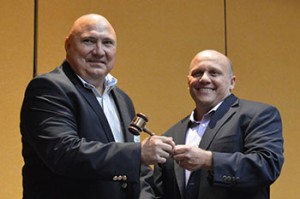 Tom Formanek is now at the helm of the Tire Industry Association. Formanek took over as TIA president during the association’s annual meeting in Las Vegas.
Formanek is currently regional sales manager at Stellar Industries. He first became involved with the association when it was still the National Tire Dealers & Retreaders Association and over the years has served on various committees.

Also during the TIA’s annual meeting, members in attendance approved the minutes from last year’s general meeting, as well as the treasurer’s report. TIA treasurer Mike Wolfe reported that the association’s financial position remains positive. Wolfe shared that Raffa Accounting, a Washington D.C.-based firm, audited the association’s 2015 financial report, and that the audit is available to any TIA member in good standing.

The association also sought the adoption of one resolution on tax reform.

According to the resolution, the “Association urges lawmakers to oppose legislation that will cause economic hardships on its members.”  The association called for the repeal of the LIFO accounting system, real of the Fair Labor Standards Act that raised salary thresholds, as well as the repeal of reposting requirements, costs and workweek thresholds of the Affordable Care Act. Additionally, TIA called for the playing field of state taxes between online retailors and brick and mortar stores.