The automotive aftermarket has become crowded with universal TPMS sensors. The company laying claim to pioneering it all says it welcomes the competition, but wants a level playing field.

For the last few years, "one-size-fits-all" sensors have been arriving by land and sea, carrying descriptions such as "programmable sensor systems" and "multi-vehicle protocol technology." Not only do they simplify TPMS service, they serve to streamline the once-expanding sensor inventory – more than 150 SKUs and counting – that inflates tire dealer inventory investments.

As the list of universal sensor products and manufacturers grows, Virginia-based Schrader reviews each newcomer. Imitation is the sincerest form of flattery, as long as it doesn’t involve patented intellectual property, according to Paul Wise, Schrader’s director of product line management and marketing. 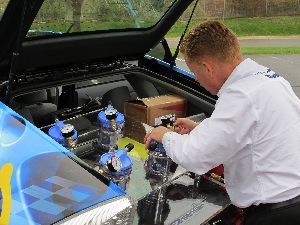 “Schrader EZ-sensor is the automotive industry’s first patented, programmable OE-replacement TPMS sensor that can be encoded to function across a diverse range of car makes and models,” says Wise.

Schrader announced EZ-Sensor at the 2009 SEMA Show in Las Vegas. A year later, following a two-week tour across the nation, the company returned to the automotive specialty products show displaying a Toyota Prius fully equipped with the new sensors.

At the same 2010 show, company President Hugh Charvat said Schrader is committed to defending its products and brands. “In many cases our products are safety-related, so we have a responsibility to ensure that Schrader’s leadership in design and innovation for the customer is protected against sub-standard products that may attempt to copy our designs.”

Public records reveal that the company has proceeded with legal action directed at protecting its patented technology surrounding Schrader’s EZ-Sensor, including litigation against Continental Automotive Systems US filed in early May at the Lynchburg office of the Virginia Western District Court. Schrader did not identify other litigation underway or pending.

Continental’s VDO Redi-Sensor multi-application TPMS sensor was introduced to the aftermarket in 2010. The product is touted as ready to install on vehicles right out of the box and pre-programmed with vehicle protocols for seamless transitions from OE sensors.

When contacted, a Continental spokesperson responded, “It does not appear that we have been served with legal action. However, it is our standard policy that we do not comment in the media about pending litigation.”

Wise says that Schrader has vigorously defended its products and brands since its founding in 1844. “Innovation is the bedrock of the company’s success since August Schrader invented the first pneumatic tire valve in 1891, a product used today on every motor vehicle in the world.”

A century later, Schrader was already involved in the development of TPMS, landing multiple patents for designs and technologies. The company’s innovations led to the first production vehicles installed with Schra­der direct TPMS technology in 1997 – the Chevrolet C5 Corvette and Prow­ler platforms.

Wise explains that Schrader engineers began developing a way to replace the myriad of aftermarket sensors with a universal sensor several years ago. “A strategic alliance was formed between Schrader and Bartec that culminated in the creation of the programmable EZ-sensor, which is helping to eliminate tire dealers’ lost sales, simplify the TPMS repair process and optimize inventory levels,” he says.

An analogy provided by Wise, using an entertainment world standard, makes the logic for EZ-Sensor easy to understand. “Do you want an iPod that you can load with every song ever recorded,” he asked, “or be forced to buy multiple devices, each playing only one song?”

Today, there are more than 150 TPMS sensor variations in service on the 64 million vehicles in operation. Each vehicle has at least four sensors, sometimes a fifth on the spare, so quick math arrives at more than 250 million sensors in service today helping to protect drivers and passengers. More than half of the sensors have been manufactured by Schrader, says Wise.

Months after Schrader introduced EZ-Sensor, other products advertising similar features were showing up in the aftermarket.

“EZ-Sensor is covered by a Schrader patent,” says Wise. “We welcome competitors, but if their products become readily available in the market, we’ll take in-depth technical looks and test them for similarities to our products and patents. We compare features, functions and the underlying technology framework to determine if there have been any patent infringements.”

He adds that before his company launches a new product, its development team makes absolutely sure that it is not infringing on another company’s patents.

Wise says any legal proceedings will not distract the Schrader team from its primary TPMS goals:

1) Achieve 90% market coverage capabilities with EZ-Sensor by the end of 2011.

2) Expand the use of EZ-Sensor and hand-held scan/programming tools in the marketplace.

In March, Schrader announced increased coverage for EZ-Sensor, including new support for Dodge and Jeep and expanded coverage for Ford, Chrysler, Honda and other platforms. The added makes and models brought EZ-sensor coverage to more than 62%, or 30 million of U.S. TPMS-equipped vehicles.

“We enhanced platform coverage again last month to bring us close to 70% of the TPMS-enabled vehicle market,” says Wise, “and we’re on track to reach 90% by the end of the year.”

He notes that market coverage is important, but confidence in the product is essential to its use in the aftermarket. “We’ve conducted extensive in-lab and on-road testing, supplemented by equipping Las Vegas cabs and company fleet and employee vehicles with EZ-Sensor. Having completed more than 2.1 million operating road miles, we’re confident the sensor has met all industry and field tests.”

“First and foremost, TPMS is a safety system that tangibly prevents accidents and saves lives,” says Wise. “We are helping to increase consumer awareness about what a TPMS warning light indicates and precautions to take when it is illuminated.”

Drivers can take for granted the four small patches of rubber that keep their cars from spinning off the road and the critical role tire pressure plays in vehicle performance, according to Wise. “The website provides tire pressure information for driving safety and a calculator to determine how gasoline costs can be reduced with proper inflation.”

A key feature of the consumer-targeted site is the “Driver’s Forum” section with real-life TPMS case studies. The site also offers information about the TREAD Act.

Completing the trio of sites is TPMSMadeRight.com to assist original equipment manufacturers. 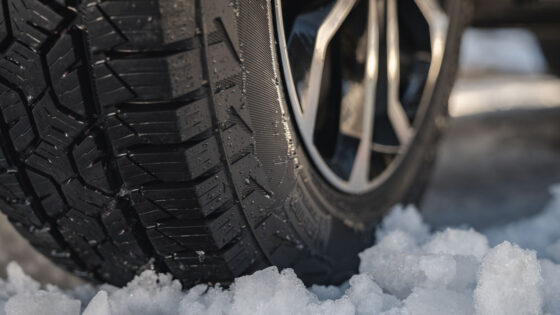 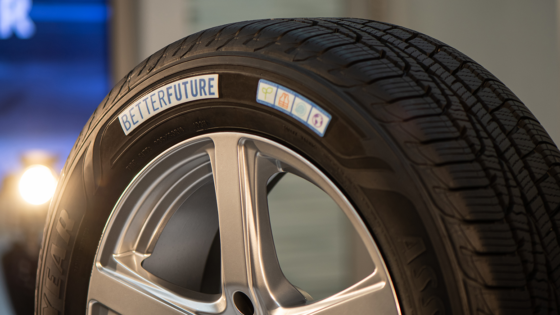