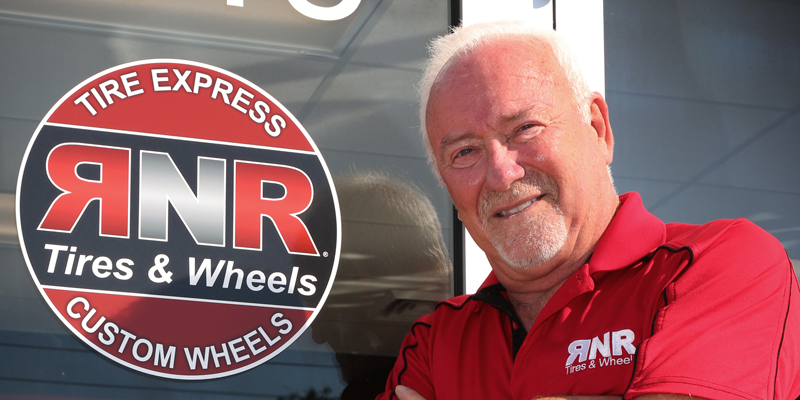 Equipped with decades of experience in the rent-to-own industry, Larry Sutton is quietly revolutionizing the tire and wheel industry applying his business background across his RNR Tire Express & Custom Wheels stores. 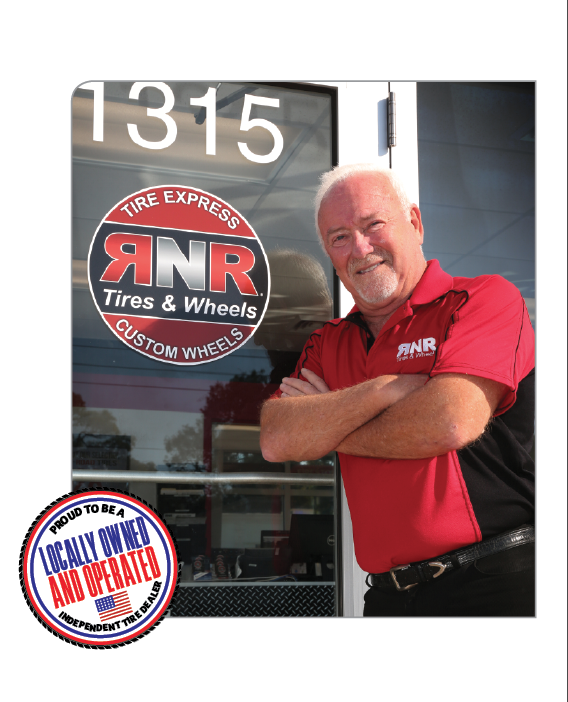 Equipped with decades of experience in the rent-to-own industry, Larry Sutton is quietly revolutionizing the tire and wheel industry applying his business background across his RNR Tire Express & Custom Wheels stores.

Sutton spent 25 years working in the rent-to-own industry before pursuing early retirement. A serial entrepreneur, Sutton found that retirement didn’t suit him. He began looking for new business ventures and soon found a second career in the tire and wheel industry.

Sutton is often asked if a passion for customizing cars led him to the custom wheel industry. He admits, however, that he had no prior interest in custom wheels.

“I never bought a set of wheels in my life. I’m thinking, ‘A wheel comes with the car why would anyone ever want one?’” Sutton says laughing. “I was actually just looking for a really good product that fit the business model that I was familiar with and that I really liked.”

“I did some research and at the time – it was really more about wheels than it was about tires – and found ‘Wow this industry is really blowing up,’” he explains.  “I saw the industry was really growing fast and the demographics seemed to be exploding of who was getting wheels and wanting to do wheels…and that became attractive.”

“When we go into new towns people aren’t used to being able and go and get products on a friendly payment basis. It’s been very successful,” Sutton shares.

This success has been marked by rapid growth across the U.S.

RNR Tire Express & Custom Wheels is one of the fastest growing tire dealerships in the country. The company operates 80 franchise locations and 13 company stores. In the past 12 months, 15 new locations have opened up across the country and Sutton anticipates the opening of 30 new RNR locations by year-end.

With initial success as an independent business owner, you might describe Sutton as a reluctant franchiser. When he founded RNR, he wasn’t looking for a business to franchise and he jokes it’s something that he was “forced” into.

While working in the traditional TV and appliance rent-to-own industry, Sutton was active in national and state associations. Upon entering the custom wheel business, there was some interest from Sutton’s former industry friends in his new business venture.

“When everyone heard what I was doing, it sort of got up some curiosity,” he says. “I actually had a friend of mine from that industry that called me up and said, ‘I want to bring my son up and see what you’re doing’… He’s getting ready to go back to Miami and said, ‘Man this is really interesting, and I’d really like to do something with this,’ and I said ‘Go ahead I’ll help you and tell you everything we’ve learned.’ He said, ‘No you don’t understand, I want to do what you do. I want to call it what you call it. I want to do everything you’re doing because what you’re doing is working.’”

Sutton drew up a licensing agreement with his friend to open up his own RNR location. Six months later Sutton had inquiry from another friend to do the same thing.

“I called my attorney and he said ‘Hey let me explain something to you. What you’re doing is considered franchising. They’re using your training. They’re using your ops manual. You’re a franchise – you just aren’t qualified to be one. You just haven’t filed the right documentation,’” Sutton recalls. “I said ‘I don’t want to be a franchiser,’ and he said ‘You’re going to have to be.’” 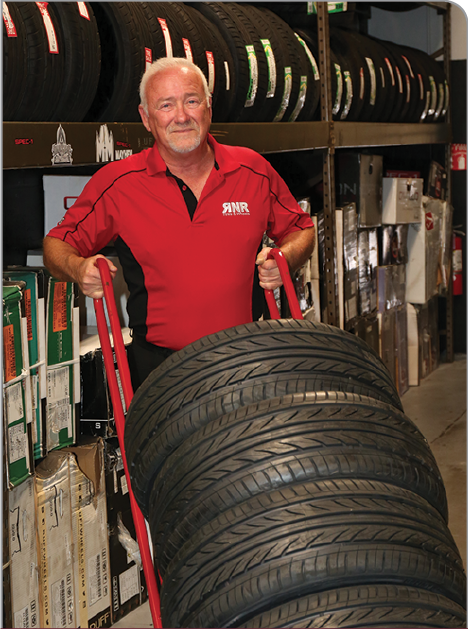 In 2003, RNR was officially franchised.

For the first several years RNR focused mainly on custom wheels, but Sutton found that in order to expand RNR’s footprint, the company had to get involved in tires.

“We’re not out of the wheel business. We still do as many wheels as we ever have,” Sutton says. “But, our same store growth is exploding and all of our new stores grow much faster [as tire dealers] than they ever did with other concepts. It opens up so many more markets for us.”

When RNR added tires to its offerings, the company rebranded to RNR Tire Express & Custom Wheels. The rebranding effort required the dealership to rethink its advertising, store layout and more, Sutton says. Much of RNR’s new image and branding can be attributed to its franchisees.

“It’s my basic belief there’s a lot of great ideas. It’s not possible that we could have all of them and so we’re very open to the recommendations and ideas [of the franchisees],” Sutton says.

When the company first started selling tires, Sutton got a call from a franchisee in Arkansas asking if he could try a few different things to promote tire sales. The franchisee asked to add “Tire Express” to a sign along the “Custom Wheels.” He also asked to focus on tire sales in commercials verses custom wheels and to add a tire display, Sutton says. His success was later shared with the other franchisee owners.

“We started jumping all over that and sharing the concept and began the process of rebranding to what we call ourselves today – RNR Tire Express & Custom Wheels,” Sutton says. “That required new signage. Often it required remodeling and just a different look at our buildings…. We realized that as much as we wanted to be a tire dealer, we didn’t look like a tire dealer; we looked like a wheel store. It just didn’t fit. Over the last four or five years it’s just been a metamorphosis to a whole different concept.”

The business continues to evolve today.

RNR is continually looking at new services to add to its offerings. The dealership recently added alignment services because it didn’t want to send its customers elsewhere for that service. Some franchisees are currently experimenting with brake services and frontend work, Sutton says.

RNR is also eying additional markets for expansion in the future. The expansion will be a combination of new franchises and existing franchise expansions, Sutton says. Sutton notes that one franchisee signed a deal to add 58 locations to their development plan and another signed on to add 29 locations over the next five to 10 years.

Sutton hopes that one day RNR will be the best in the country.

Proud to Be a Tire Dealer: Larry Sutton