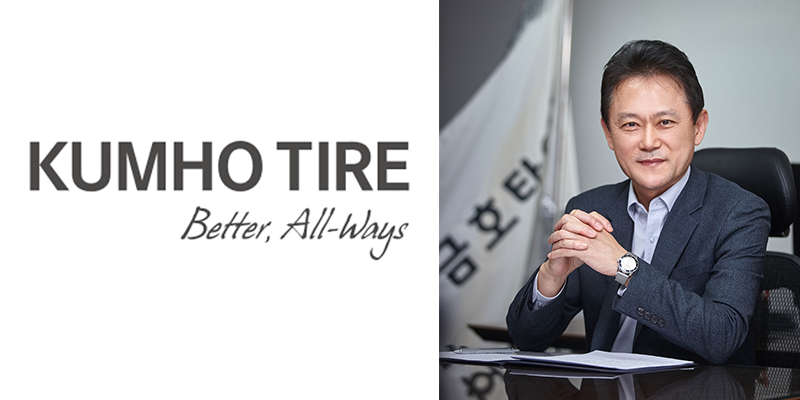 During his 35-year tenure with Kumho, Jeon has held various leadership roles in compound research, technology development and bolstered the manufacturing process in an effort to increase productivity, efficiency, and effectiveness.

In his inaugural speech, President Jeon Dae-jin said, “To drive business transformation, we need to align people, process and technology initiatives of our company more efficiently with a clear vision and objective. Our top priority will be to increase our investment in resources and enhance customer support along with organizing our internal systematic functions.”

Jeon’s most recent role has been leading the overall production and China Production Technology Division for Kumho Tire. He has also been the company’s acting CEO.

During the company’s dealer meeting in December, Shawn Denlein, executive vice president of sales and marketing for Kumho, said Doublestar’s investment gives the company much-needed capital for future projects, while it still maintains its independence.

“Kumho still operates Kumho, and Doublestar still operates Doublestar. In the foreseeable future that’s the way it will be,” said Denlein, who joined the company last April. “Both companies win. They (Doublestar) will because they get the technology. We win because we get the financial part of it.”