Kumho reflects on 2013 and shares its plans for 2014 at its annual dealer meeting.

Kumho Tire USA’s annual dealer meeting this year was different than previous years. Rather than host one big session during its meeting this weekend, the Korean tiremaker hosted several one-on-one sessions with its dealers and distributors. 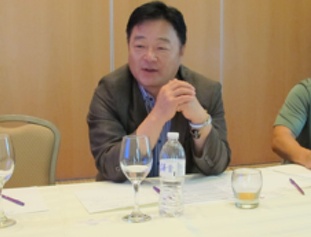 The change in format for the meeting was well received. Many of the dealers and distributors at the event said they enjoyed the one-on-one approach as it gave them personal attention from the tiremaker and specific details on how Kumho can help them in their market.

During the weekend, Tire Review had the chance to have its own one-on-one session with some of Kumho’s leadership and discuss how the tiremaker did in 2013 and what it expects for 2014. The tiremaker talked about the recent MOU signed with Yokohama Rubber Co., personnel changes as well as its Premium Fuel associate dealer program and products rolling out in 2014.

Harry Choi, Kumho Tire North America president and CEO, noted that the past year has been difficult but is optimistic about the success of 2014. Choi noted that 2014 will be a turnaround year for not only Kumho in North America, but globally as well.  Looking forward, plans will be focused not only on making more profit for Kumho, but for its dealers and distributors as well, he said.

Some key takeaways from the discussion included:
-The MOU with Yokohama is focused on R&D and capital. Choi told Tire Review the partnership would not evolve to one company completely acquiring the other.
– The company will be announcing a new vice president of sales within the next few weeks as contracts are finalized.
-Kumho is still searching for a vice president of marketing.
– The Premium Fuel program will focus on more dealer engagement in the coming year, with a re-enrollment period running now through the end of Q1.

To read more about Kumho’s 2013 dealer meeting and the tiremaker’s 2014 goals, check out the January edition of Tire Review magazine.

Advertisement
In this article:Events, Tire Dealers