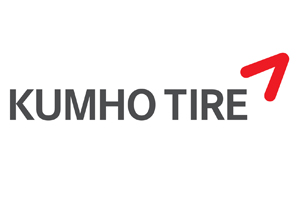 Kumho Tire and the National Basketball Association (NBA) have renewed their marketing partnership in the U.S., Canada and Korea with a multi-year extension.

“The partnership with the NBA, the top professional basketball league, will help further boost our brand recognition and name value as a global tire maker not only in the United States but also in the rest of the world,” said Harry Choi, president and CEO of Kumho Tire U.S.A.

With the partnership renewal, Kumho will debut its “Handles” platform at the beginning of the 2016-17 season, which aligns on-court ball handling to the critical role Kumho tires play off the court, Kumho said. According to the tiremaker, the platform will drive Kumho’s season-long digital and social media fan programming.

The extension will also provide Kumho with increased promotional efforts to provide customers and dealers access to unique experiences throughout the season, including marquee NBA and NBA D-League events.

Additionally, Kumho will continue to serve as the presenting partner of the NBA D-League All-Star Game, with its brand featured on jerseys, on the court and through courtside signage.  Kumho will also have brand presence at the NBA All-Star Game.

Kumho Tire became the official tire of the NBA and NBA Development League (NBA D-League) in 2014.