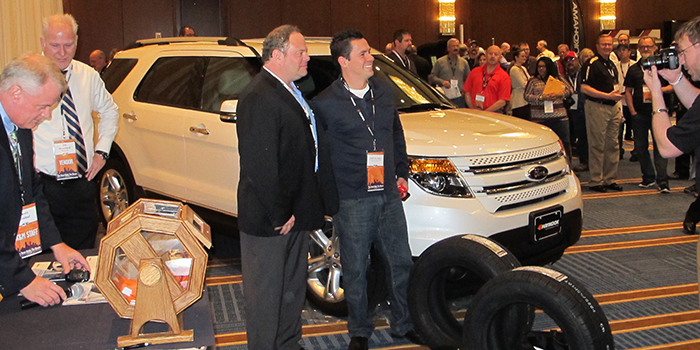 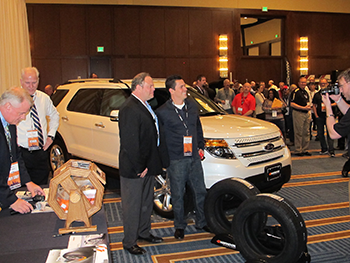 Hankook raffled off a 2015 Ford Explorer at the K&M dealer meeting, won by Discount Tire & Service in Illinois.

K&M Tire Co. is all about family, if you can call a major regional wholesaler with 18 distribution centers servicing dealers in 22 states a tight-knit family. Moreso, a tight-knit family made up of some 700 people that meet annually for a quaint family reunion.

The Delphos, Ohio-based K&M Tire really is all about family, from the Langhals family ownership on through the small family tire businesses represented at K&M Tire’s Dealer Meeting, held in Dallas in mid-January.

The Dallas location was no accident; during 2014, K&M Tire acquired Mid-Tex Wholesale Tire in Waco, and Area Wholesale Tire, with three warehouses in Dallas, Houston and San Antonio. Over the last six years, acquisitions and organic growth have expanded K&M Tire’s coverage area from Minnesota to the Gulf of Mexico, and from Montana to the Ohio/Pennsylvania line.

The theme of the dealer meeting dealt with strength of trust, relationships and teamwork, the foundation of the wholesaler and how it wants to do business with customers. An appearance by NFL Hall of Famer and Dallas Cowboy great Emmitt Smith as keynote speaker, sponsored by Bridgestone Americas, marked the event. Smith paired with long-time Cowboys radio voice Brad Sham in an engaging 45-minute give-and-take about Smith’s post-football career, his insights on current NFL issues, and his experiences as a contestant on ABC-TV’s “Dancing With the Stars.”

Smith’s genuine nature, down-to-earth approach, and emphasis on team, trust and relationships was well-noted by the attendees. 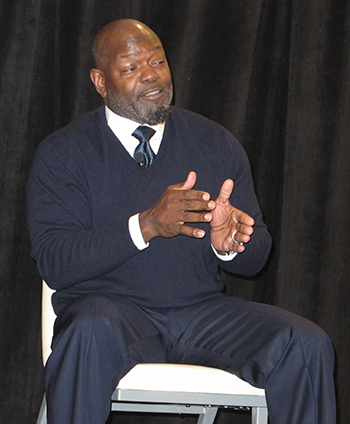 Dealers had a number of educational seminars to take advantage of, including well-attended sessions on social media and TPMS, an update on K&M Tire’s Weblink 2.0 software, and a session on the advantages of the distributor’s Mr. Tire or Big 3 Tire retail dealer programs.

There were also sessions on vehicle inspections and inventory control, and an interesting seminar about communication, strategy and purpose for dealer owners conducted by Jeff Wallick, K&M Tire’s director of training, and his father, Craig, who is a sales manager for Goodyear.

Advertisement
In this article:K&M Tire Co.

K&M Tire Co.: All in the Family