New Orleans has always been “a different kind of place.” From its rich, unique history to its people to its cuisine to its special place in all of our hearts, that spirit proved to well-accommodate Michelin North America’s pre-Christmas pre-launch of its latest tire. 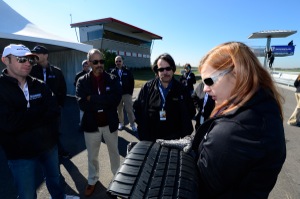 MNA used the recently opened NOLA Motorsports Park to show off the latest addition to its Pilot passenger tire family – the Michelin Pilot Sport A/S 3. The private “country club” track in suburban New Orleans hosted some 60 print media on the first day of a multi-day roll out.

With such an introduction, the tiremaker hosts a pack of print journalists – magazine and newspaper – to distribute word and images of the new product, its intended target vehicles and how it fits a dealer product screen.

This multi-day event included dedicated days for the new web, blogger and social media types – what Michelin called “key influencers” – to experience the tires and offer their thoughts directly to consumers.

This evolution in company-to-end-user communication was noted by Jamey Fish, director of Michelin brand consumer experience, who touched on the new media approach and talked about the evolution of the Pilot lineup.

Steve Calder, UHP technical marketing manager, talked about the participants taking a “test driver approach” to the day’s activities; in this way they will learn that “performance is more important than what it says on the sidewall.” 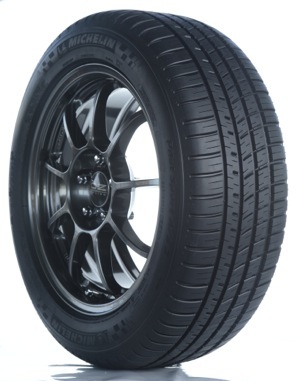 The driving event itself was short in the number of stations (four), but vast in the number of cars (24) and tires (96) tested. The four separate test areas – wet/dry braking, wet autocross, dry autocross and high speed road course – required V- and Z-rated tires on sedans that included the Infiniti G37, Subaru WRX STi, Cadillac CTS, and Audi A4. Complicating (at least for the participants) the day a bit was the fact it was unseasonably cold in southern Louisiana.

“As an all-weather, all-season tire, the Michelin Pilot Sport A/S 3 marries performance and practicality,” said Doug Brown, MNA’s UHP category manager. “This tire is ideal for someone who wants to optimize the performance of his or her vehicle and drive with confidence year-round.”

MNA said the tire provides “breakthrough levels of dry grip,” thanks to Michelin’s Variable Contact Patch 2.0 technology, and “an aggressive asymmetric tread pattern inspired by the Michelin Pilot Super Sport;” “incredible wet grip and resistance to hydroplaning” on any road surface because of “extreme amounts of silica in the tread compound combined with Variable Thickness Sipes and large circumferential grooves;” and “cold weather mobility” due to Michelin’s Helio Compound” and its siping and biting edges in the tread grooves.

H/T Light Truck Market: Versatility is Key
Connect with us 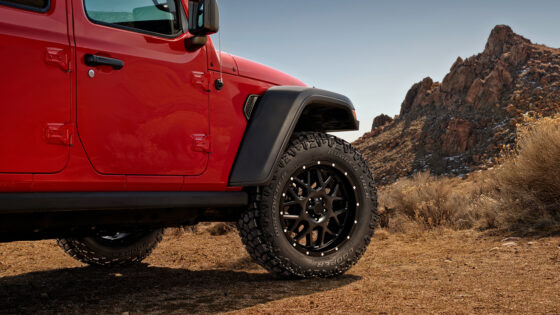