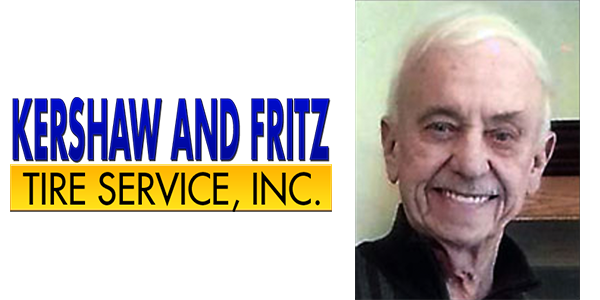 George Fritz, the owner of Kershaw and Fritz Tire Service in Doylestown, Pennsylvania, has died. He was 72.

George Fritz, the owner of Kershaw and Fritz Tire Service in Doylestown, Pennsylvania, has died. He was 72.

From Mohnton, Pennsylvania, Fritz passed away March 14 at Reading Hospital with his wife of 49 years, Helen Gottschall Fritz, by his side.

From 1965-1967, Fritz was drafted and served in the U.S. Army, where he achieved his GED. Fritz was a “fix it” man, his obituary states, and an “exceptional auto mechanic.” He owned and operated Kershaw & Fritz Tire Service for over 40 years, and in 2016, he partnered with his son, David.

George was an avid collector of guns and fishing rods and was a member of the Cacoosing Gun Club, Green Hills Gun Club, Sandy Run Sportsman Association, and the Oley Fish and Game Club. He enjoyed shooting trap, skeet, and sporting days. He was also a collector of nostalgia, including western gun holsters, automobile memorabilia and soft drink signs, especially Coca-Cola.

Recently, George’s pride centered around his Harley Davidson Trike, the rebuilding of his 1951 Ford Pickup truck and time spent with his granddaughter, Jadyn, his obituary says.

He is survived by his wife, Helen; his son, David Fritz; his granddaughter, Jadyn, both of Doylestown; and his sister, Nancy Malcom, of South Carolina.