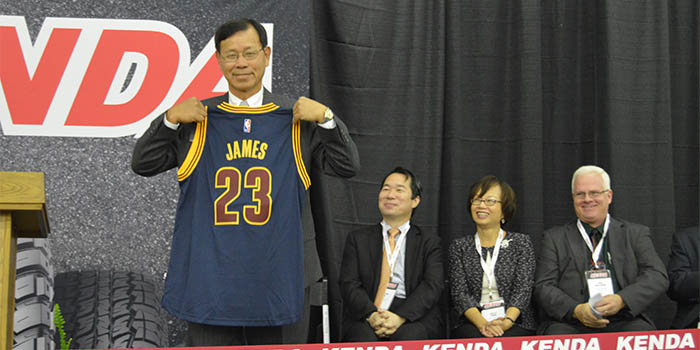 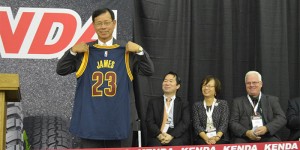 In a conversation with Tire Review during a private event at the Pro Football Hall of Fame last night, Yang shared photos of the post-game celebration at Oracle Arena as well as details of Kenda’s well-timed contract extension with the Cavaliers, a deal that will continue the company’s high-profile sponsorship at the team’s 2016-17 season opener.

Though he would not disclose terms of the deal, he did share that its pre-finals timing worked in Kenda’s favor. He went on to say that company’s strong representation in Ohio influenced the decision to go with Cavs.

“I love LeBron. Now we need to find a way to use 23 in an upcoming promotion for our dealers,” he laughed.