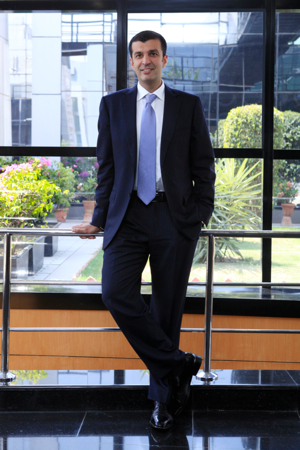 Apollo Tyres’ attempt to take over Cooper Tire & Rubber Co. was supposed to be a game changer, markedly reshape the global tire landscape and make the Indian tiremaker one of the world’s 10 largest concerns.

To say things didn’t go well would be an understatement. The deal “officially” ended when Cooper pulled out just before the offer’s set deadline, but will continue for years in various courtrooms as the details are fully unwound. For as much that has been written about the deal and its implosion, neither side cares to say much and the final details may never be publicly known.

At this point in time, Neeraj Kanwar, the 39-year-old vice chairman and managing director of Apollo Tyres Ltd., is focused on the near-term future. With the support of his team and investors, Apollo has shifted focus on to other opportunities. Kanwar shared his thoughts in this exclusive interview with Tire Review, conducted during the final weeks of March.

Tire Review: In the past months we have read various reports out of both the U.S. and India, but in your own words can you tell us how the deal with Cooper unraveled?

Kanwar: Enough has been written on this already in various mediums. I think it is time for both parties to move on with their businesses; but yes, I would like to wish Cooper and its team all the very best for their business.

TR: Where do things stand with regard to the various legal entanglements resulting from the breakdown?

Kanwar: As you have rightly mentioned, these are legal issues, and best left for the legal team to handle the same. Till the time there is a closure on the case, we would not be able to comment on the same.

TR: Have there been discussions either internally within Apollo or with Cooper to reconsider a purchase deal or a joint venture?

Kanwar: I would rather not focus on hypothetical situations but instead focus on Apollo’s organic growth plans where we are proceeding with our greenfield plans.

TR: How much growth momentum has Apollo lost with the disintegration of the Cooper deal?

Kanwar: It would be incorrect to say that we have lost our growth momentum because as soon as the deal was called off at the end of December 2013, my team was out within a week scouting for locations in Eastern Europe and ASEAN region for a greenfield facility. The Cooper transaction process would have probably pushed us behind by 3-4 months.

TR: Looking at Apollo’s growth aspirations going forward, what are your next steps?

Kanwar: We are looking at setting up a greenfield in Eastern Europe and ASEAN region. The priority is on the Eastern Europe facility, as we are unable to meet the demands in Europe for our tires due to capacity constraints. We are selling Vredestein brand in almost all the European countries. Apollo branded tires are also being sold in 10-odd countries including Germany, the U.K., the Netherlands, Italy and others.

As mentioned earlier, we are selling whatever we produce in Europe; hence, the decision to focus on setting up a greenfield plant in Eastern Europe is a priority.

TR: How does China play into Apollo’s plans over the next five years? Are there other tire companies in China that might make good partners?

Kanwar: As mentioned, we are always keen to enter newer markets. Currently, there is nothing in the cards in terms of partnering with any of the Chinese manufacturers.

TR: How important is the U.S./Can­ada market to Apollo’s plans? Would a greenfield plant here make the most sense, or is Apollo committed to some type of purchase or joint venture here?

Kanwar: We do have our presence in the U.S. market through Apollo Vredestein and we continue to focus on building the sales and marketing strength in the region. However, in term of plants, our short- to medium-term view would be to focus on Europe and ASEAN region. A greenfield facility in U.S./Canada is certainly not an option that we would be looking at in the near future.

TR: What kinds of opportunities do you see for Apollo in other parts of the world, such as Japan? Latin America?

Kanwar: Latin America, especially Brazil, is a growing market and we have been selling our tires there for the last few years. Apart from that, we are also looking at newer markets in the ASEAN and Middle East region, which are, again, high growth markets.

TR: Do you see those markets as joint venture opportunities, strictly export or would a greenfield plant make the most sense?

Kanwar: Currently, all of these are strictly export markets. But going forward, we would be looking at setting up a greenfield plant in the ASEAN region to cater to that region, as well as in the Middle East.

TR: Considering the tire market in India, where do you see Apollo’s greatest growth opportunities?

Kanwar: We have been growing in almost all the segments in India. In the last 18 months or so, while there is de-growth in the OE segment, we have increased our marketshare in the replacement segment by 3%-4%. This growth is primarily coming from our high performance passenger vehicle tires and the truck/bus radials.

TR: Has the radialization rate in India improved? Are customers – consumers and commercial companies – moving more to radials and away from bias ply tires? What is the five-year outlook for radials in India?

Kanwar: The radialization in the passenger vehicle segment is close to 95% and it will remain at that level only. On the commercial vehicle side, the radialization rate is currently at a 25% level, which is expected to go up to 40% in the next 4-5 years. And this increase in radialization level would be primarily due to the efforts of OEMs, in addition to the better roads and increased awareness in India about the advantages of radials over bias tires.

Passenger/Light Truck: The Argument for the Winter Tire Sale

Kanwar Looks to Future After Difficult 2013

The Science Behind Ride & Handling

Bridgestone to Launch Alenza AS Ultra Tire for Luxury SUVs, CUVs
Connect with us