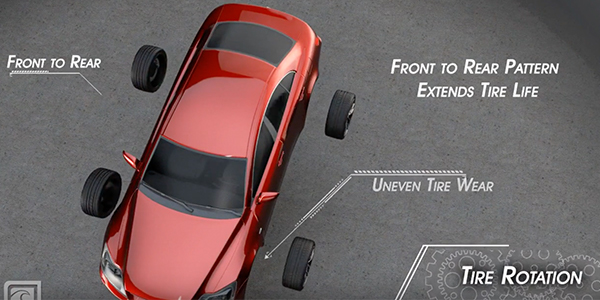 A decision from the Michigan Court of Appeals says a tire rotation by a mechanic could be considered performed even if the left front lug nuts weren’t tightened.

According to an article published in The Detriot News Nov. 9, three judges from the Michigan Court of Appeals office in Grand Rapids agreed that a tire rotation by a mechanic could be considered performed even if the left front lug nuts weren’t tightened, according to an Oct. 15 decision.

The article says this case stems from an event in October of 2013, when “Doris Myricks, now 71, took her well preserved 1991 Cadillac Seville to Betten Chevrolet GMC Cadillac in Muskegon for routine service and maintenance. There, the technician rotated her tires but allegedly neglected to torque-wrench one set of wheel nuts.”

This lead to the passenger in the vehicle getting hurt after the vehicle slammed into a curb. However, The Detroit News goes on to say “the judges looked up “perform” in two dictionaries and concluded that the term “generally refers to completion of an action according to an established procedure; the term does not imply that the action has been completed properly, successfully, or without mistake.'”

The article says the plaintiff’s appellate specialist filed a motion for reconsideration in the Court of Appeals last week, contending that the panel misinterpreted one of two claims made under the Motor Vehicle Service and Repair Act (MVSRA), and ignored the other.