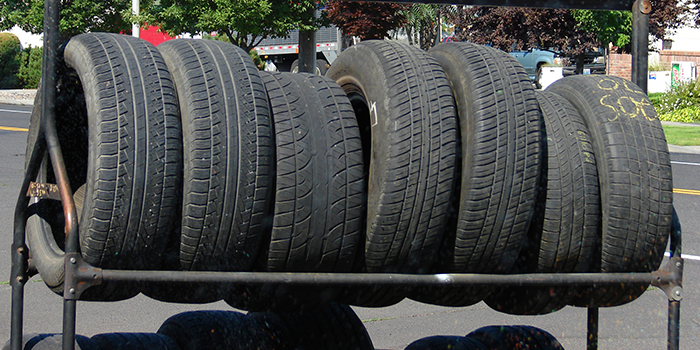 A Jacksonville, Fla., news station has investigated a tire shop after hearing claims that the shop was selling dangerous used tires.

After a single mom with two teenage daughters bought two used tires from the shop, only to find them both flat the next day, the woman claims the tire shop would not refund her without her receipt and put her family in danger.

According the news station, similar complaints against the local tire shop were found in state records, including a complaint where a man was sold a bald tire with a split in it, but the company would not allow an exchange even with his receipt. The Florida Department of Agriculture also sent the station a statement that stated, “We had one enforcement case that was closed prior to any action taking place, because the business got into compliance.”

An anchor from the station visited the store and said she was told by a saleswoman that there was no way to tell how old a tire is, even though it is a federal requirement that the week and year of manufacture be stamped on a tire.

When the anchor spoke to the owner, he said you can’t guarantee that any used tire is safe.

There are no laws in Florida regulating the sale of used tires and for the last three years, Florida lawmakers have debated new legislation, but failed to pass a measure.