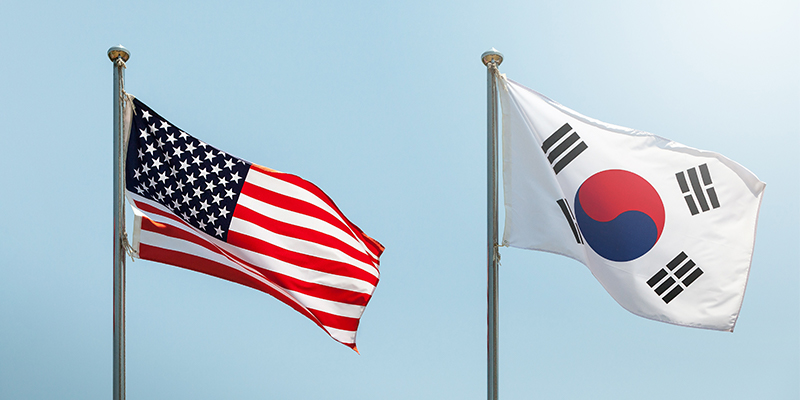 Despite its small geography, South Korean tire producers have put their country firmly on the map as one of the major tire producing countries globally. Though 2017 was not one of the best years for domestic tire consumption, surging exports and overseas production facilities made up for the shortfall in domestic consumption for South Korean companies. Below is an overview of one of the most vibrant Asian tire markets.

With Korean cars gaining ground in developed and developing markets alike, South Korean tire producers have seen their sales jump by many percentage points. This means venturing into new markets by domestic tire producers with a web of manufacturing plants and logistics networks to make sure South Korean-made tires are accessible to all whether in Angola, India, China, America or Antwerp.

Over the past three decades, the South Korea automotive industry has dramatically expanded. In 2017, South Korea was the sixth largest automotive manufacturer in the world. Most of the vehicles produced in Korea are exported, accounting for 68.3%. The car export, which represented 7.74% of the total South Korean export, was the country’s second most important trade by 2016.

Car production in 2017 decreased 2.7% to a little over 4 million units from a year earlier. Domestic sales inched down 1.8% to around 1.8 million units, according to data from the Korea Automobile Manufacturers Association. Domestic vehicle sales contracted 1.8% year-over-year to around 1.8 units as a result of a dip in consumer sentiment and the end of consumption tax cuts on cars that lasted from August 2015 to June 2016. The number of cars produced and sold in Korea decreased 1.9% to a little over 1.5 million due to weakened demand for small and compact vehicles.

With a production capacity of 104 million units at the end of 2017, Hankook is the largest tire producer in South Korea. The company, which earned 6.81 trillion won ($6.04 billion)in 2017 in revenue, registered a year-over-year growth of 2.9% over the sales figures of 6.62 trillion won ($5.87 billion) in 2016. Hankook operates eight production sites (two in Korea, three in China and one each in Hungary, Indonesia and USA) around the world.

“The new Tennessee Plant signifies Hankook Tire’s growing business in the United States and continued journey toward being a global leader in the tire industry,” according to Seung Hwa Suh, global CEO of Hankook Tire. “Our investment in the U.S. is part of our ongoing commitment to innovation, state-of-the-art technology and service for our customers. This high-tech, sustainable facility will enable Hankook to execute every phase of business in the U.S., from R&D to production and sales.”

Kumho Tire Co., formerly known as Samyang Tire, is the second largest South Korean tire producer. Headquartered in Gwangju, South Korea, it is a subsidiary of the Kumho Asiana Group, along with Asiana Airlines, South Korea’s second largest airline. The company operates three production facilities, one in Gwangjum in southwest Korea, another in Pyeongtaek and another in Gokseong.

Kumho Tire has been facing financial difficulties for more than three years. After a previous failed attempt, Chinese tiremaker Doublestar acquired a controlling stake in Kumho Tire earlier in April 2018. Qingdao Doublestar signed an agreement with Korea Development Bank, one of Kumho Tire’s major creditors, to buy a 45% stake for 646 billion won ($598 million).

Doublestar had attempted to buy a stake in Kumho in March 2017, but Kumho employees protested, fearing layoffs. At the same time, former owner Kumho Asiana Group said it wanted to buy back the firm. Then in September 2017, the Chinese side said the deal had fallen apart, with no reason given. In November, Kumho Asiana Group chairman Park Sam-koo said he had no intention of buying back Kumho Tire, which gave creditors full authority to work on rescue plans for the country’s second-largest tiremaker.

Under the latest agreement, Doublestar will employ current Kumho workers for at least three years. It also prohibits Doublestar from selling its stake in Kumho for three years.

Established in 1942, Nexen Tire is third largest tire producer in South Korea. The company operates three manufacturing plants — two in Korea and one in Qingdao, China. A new plant is under construction in Zatec, Czech Republic and will be operational during the second half of 2018. Nexen Tire’s Changnyeong, South Korea plant has been recognized as one of the most advanced, state-of-the-art tire manufacturing plants in the world with an annual output of 12 million units. Plans are in progress for a tire plant in North America with a production start-up goal of 2021. TR