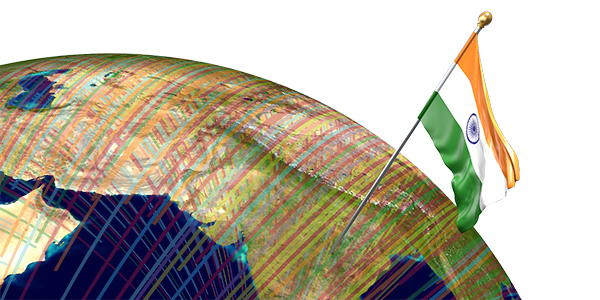 Despite global and domestic uncertainties, the Indian tire industry made steady progress in 2016. India continued to remain a beacon of hope and strong performance, retaining its position as the fastest growing economy in the world.

Despite global and domestic uncertainties, the Indian tire industry made steady progress in 2016. India continued to remain a beacon of hope and strong performance, retaining its position as the fastest growing economy in the world.  The International Monetary Fund (IMF) in its estimates in April 2017 pegs India’s growth at 6.8%.

Currently, low per capita automotive ownership and healthy growth in India’s automotive industry means that the Indian tire industry could register double-digit growth for a number of years to come.

Overview of the Indian Tire Industry

With a production figure of 165.6 million tires from 167 operational plants in the country, India is among the fastest growing tire markets globally. With an estimated revenue figure of $8.421 billion in financial year 2016-17, the Indian tire industry can be segmented into four broad categories based on the tires produced for various types of vehicles.

In terms of volume, two and three-wheeler tires account for more than half of production, but contribute only 13% of the industry revenues. In contrast, the truck and bus tire segment contributes approximately 13% to the total tire production, but has the highest revenue share of the industry at 54%. The passenger car segment at 14% in terms of revenue accounts for 23% of the tire production in India. This segment is showing an increasing trend both in numbers and revenue. Tractor and light commercial vehicle (LCV) segments’ total volume share stands at approximately 9%, while its revenue share stands at about 17%.

Replacement market accounts for nearly 60% of the total tire market by value. OEM (22%) and export (18%) sales make up the rest. The major reason for high replacement share is due to the fact that the ratio of annual sales to the number of registered vehicles remains at a ratio of 1:10. There are about 203 million registered vehicles against approximately 21 million annual vehicle sales.

According to the nine-month data (April 2016-Dec. 2016) from the Automotive Tyre Manufacturers’ Association (ATMA), the overall industry showed a volume growth of 12% led primarily by the passenger vehicle and two-wheeler segments, which cumulatively account for nearly 77% of the total tire volume production in the country. The industry followed a similar growth graph for the commercial vehicle (CV) segment, which accounts for the highest value. While the tire production for medium and heavy commercial vehicles (M&HCV) slowed by 3%, the tire production for the light commercial vehicle segment grew by 7%.

Low-cost imports from China have been growing at a rapid pace and now account for a significant share of the radial truck tires in the replacement market. Given that the Chinese radial truck tires are often 25-30% cheaper than the Indian variants, this is resulting in faster decline of the truck bus bias segment. The country has already witnessed closure of few tire plants and others operating at low capacity utilization because of this threat.

The spike in the raw material prices, along with low cost imports, gave a serious blow to the Indian tire industry. While the year saw a stable raw material regime for the first nine months, there was a sharp increase in Q4 to the tune of 15%. Natural rubber, a key component of the overall raw material basket, saw prices jump by 52% in Q4 fiscal year 2017 as compared to Q4 fiscal year 2016.

There are two main factors that had great bearing on the Indian tire industry during last nine-month period. First, the demonetization of high currency announced by Indian government on Nov. 8, 2016, led to muted growth in tire consumption for four months. The demonetization decision was aimed at curbing corruption, counterfeiting and accumulation of black money. Since most of the cash evaporated from the market in November and December, the Indian tire industry faced very sluggish demand in the months of November and December in 2016 and January of 2017. Tire demand started to pick up in February and onward.

India implemented a uniform tax system beginning July 1, 2017. The new Goods and Service Tax (GST) regime has abolished 17 direct and indirect taxes and 22 levies with a single tax. The new GST system is expected to give a new momentum to manufacturing industries in coming years. The tire industry is also expected to gain considerably by the implementation of the GST.

Compared to subdued results in the previous year, the Indian automotive industry reported stellar numbers on the back of passenger vehicles (PV) and the two-wheeler segments. The PV segment continued its third year of sustained growth. It posted growth of 9.2% for fiscal year 2017, outpacing last year’s growth of 7.2%. However, the commercial vehicle (CV) segment grew at a slower pace of 4.2% compared to its previous double-digit growth of 11.5%. This year also saw major gains made by the two-wheeler segment which grew at 6.8% compared to 2.8% in fiscal year 2016. (Source: Automotive Industry Manufacturers Association).

India’s tire exports have increased at a steady rate of about 8% in recent years. However, year 2016 witnessed a muted growth in terms of exports. In volume terms, two-wheeler tires registered the fastest growth of 17%, followed by passenger vehicle tires (13%) and truck and bus tires (12%).

Exports to the top 10 countries represent nearly half of the tire exports from India, with the U.S., Germany and United Arab Emirates absorbing about 25% of exports (in value terms). Exports grew at a sharp rate in most of the key destinations, barring Brazil and Pakistan.

Chinese imports continued to rise at alarming rate for the first eight months of the last financial year. Demonetization exercises, which were announced on  Nov. 8, 2016, brought down the unorganized segment’s import of Chinese tires, thereby limiting their share in last four months (December, January, February and March) of the year. The unorganized sector, which comprises of big tire dealers, accounts for more than 50% of tire imports from China. TR

Yogender Malik is a New Delhi-based freelance writer on the Indian and South Asian industry and economy, with more than 10 years experience writing on the automotive industry. He also works as an analyst with a New-Delhi-based organization.

A Financial Look at the Automotive Aftermarket in 2019 and Beyond

Chinese Tire Industry Update: Focus on Overseas Expansion Amid Geopolitical and Economic Uncertainty
Connect with us