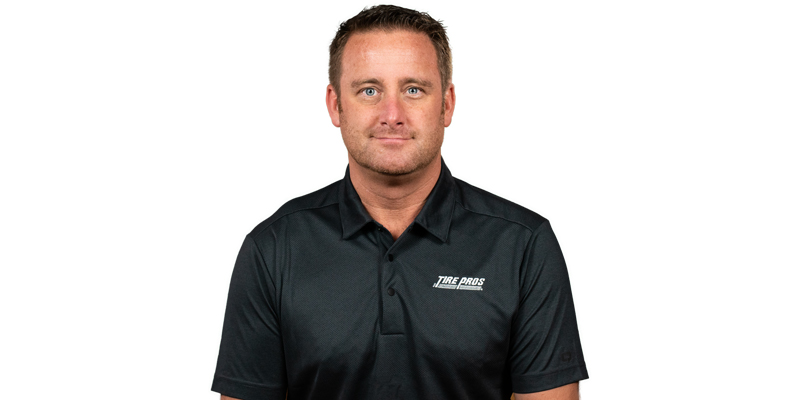 Most tire dealers don’t make a habit of giving away service work free-of-charge, but for Joshua Baughman, owner of four Van’s Auto Service & Tire Pros stores in Ohio, the strategy has helped him see 25-40% growth year-over-year.

Most tire dealers don’t make a habit of giving away service work free-of-charge, but for Joshua Baughman, owner of four Van’s Auto Service & Tire Pros stores in Ohio, the strategy has helped him see 25-40% growth year-over-year, every year since he bought his first store in September 2013.

Once a year in the fall, Baughman runs a contest in a local newspaper to give a deserving citizen in Wadsworth, Ohio – the location of his original store (about a 30-minute drive west from Akron) – a vehicle makeover.

“We ask people to nominate somebody who is particularly down on their luck, hard times, financially strapped … it could be a grandmother who’s raising her grandchildren and just doesn’t have the money to take care of her vehicle. We’ll go through and do a good mechanical overview, fix anything that needs to be fixed, get the vehicle detailed and give it back to her with new tires, new brakes and anything else that needs done on the vehicle,” Baughman explains.

This year, Baughman and the Van’s team, with help from a nearby body shop, finished a two-year project by restoring a 1986 Mustang as a tribute to a local 16-year-old girl who had been killed in a car accident. Before the tragedy, she had planned to work on the car with her father and drive it as her first car (for the full story, click here).

Giving back to the community is part of what has helped him transform what was once a business where “the parking lot was empty a lot” into one that is “busy all the time,” he says.

“So, the process was to give something back to somebody in need in the community. Since then, all of those people that we’ve taken care of have become lifelong customers,” he says. “The community is good, the business is good, we have a great customer base, we do a nice customer appreciation every year, we bring in [food trucks] and give whoever wants to stop in a free lunch.”

Baughman says maintaining a positive reputation on review sites like Google is a point of pride for him, so giving customers the royal treatment doesn’t stop with free lunches and service work.

When selling tires (Van’s partners primarily with ATD and TireHub and the majority of his sales are retail), he says employees are encouraged to “talk to everybody as if they were taking care of their mother.” Staff members at Van’s four locations, led by Baughman’s half-brother and general manager Zach McMurray, interview each customer to ensure the tires they purchase have the qualities most important to them, whether that be mileage, ride quality, price point, etc.

“We aren’t necessarily just selling what we have in stock or what the manufacturer has a rebate on,” Baughman says. “We really try to assess what the customer is looking for because it’s our reputation. If [we allow people to] let us decide what tires to put on, we take the responsibility.”

When it comes to service and repairs, Van’s makes a digital inspection process available to each customer. This involves sending photos and descriptions about the vehicle through an online portal for the customer to browse and help them make service and repair decisions. When it does come time for work to be done, Baughman has a small fleet of new Jeep Renegade loaner vehicles at each store available to customers.

While Baughman says he’s seen a fair amount of success since he bought his first store six years ago, his business is not immune to the technician shortage plaguing the industry.

“It’s disappointing because the industry can be lucrative. A mechanic can make very good money if they’re trained well,” Baughman says. “I think people need to encourage their children to look at options other than going to school to become a computer programmer.”

As a word of advice to others in the industry, Baughman says it’s important for dealers to escape the transactional state of mind.

“We say that not every interaction with a customer may be profitable,” he says. “But if you maintain them as a lifelong customer, the trust is built and the opportunity to run your business successfully is there.”

Check out the rest of the September digital edition of Tire Review here.﻿

Advertisement
In this article:ATD, Proud to be an Independent Tire Dealer, Tire Pros, TireHub