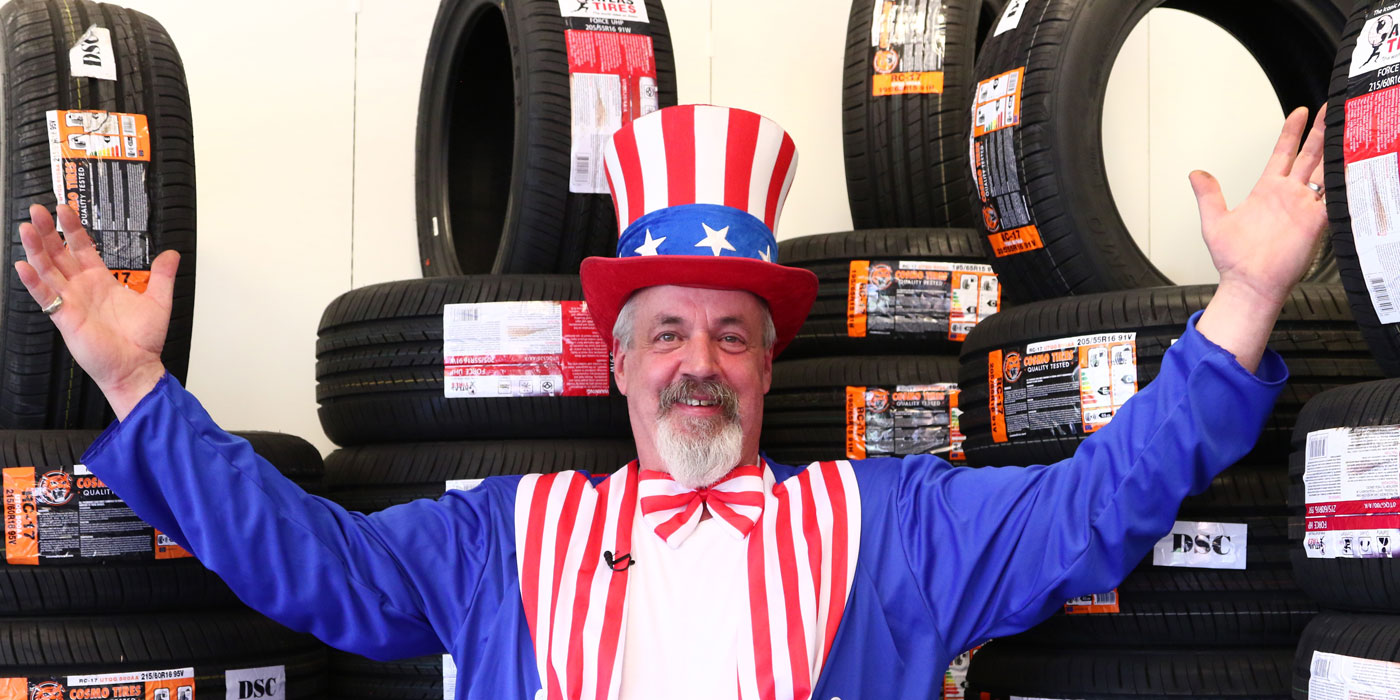 When “Uncle Dan” Svihla – the owner of Uncle Dan’s Tire World & Auto Centers – says customers are No. 1 at his shop, he’s not just delivering lip service.

Uncle Dan wants YOU … to pay attention to your customers.

When “Uncle Dan” Svihla – the owner of Uncle Dan’s Tire World & Auto Centers, a 60,000-sq.-ft., 18-bay shop in Tigard, Oregon – says customers are No. 1 at his shop, he’s not just delivering lip service. Even prior to the coronavirus pandemic, he says his store was the epitome of cleanliness and organization: spotless floors, tidy desks, every tire label lined up perfectly and, despite a showroom filled with tires, the shop doesn’t smell like rubber; it smells fresh. He also trains his staff to greet every customer when they walk into the shop, even when they’re busy.

“That [customer] walks in and I say, ‘I see you. You’re important to me.’ They’ll stand there for a half an hour if you acknowledge them,” Uncle Dan says. “I grew up in an independent shop, and my grandpa told me ‘Danny, do you like to eat? The person on the other side of the counter puts food in your stomach.’ And that stuck with me. It’s not about you. It’s about the person who walks in that door.

“I’ve spent a lot of my idle time going into places just to see how people were taking care of customers. I would walk in, and they wouldn’t even acknowledge there was a customer. I’m going, ‘Really? You’re not paying attention.’”

Due to the coronavirus pandemic, Uncle Dan says he’s added new layers to showing customers he cares. His staff preps cars for service by laying down floormats and covering the steering wheel and seats before getting into any vehicle. When service is complete, technicians leave them in the car to show the customer.

The store’s profit mix is 60% tires and 40% service. Uncle Dan says one of the keys to selling tires today is to embrace what we know about how customers shop using the internet.

“They’ve already done the shopping with their smartphone before they walk in that door. They’ve already looked, they know price points, they know everything. So, I already kind of have that lead on them when they walk in,” he says. “So, the first thing out of my mouth is, ‘What kind of driving habits do you have? Do you take trips to Boise every week? Do you drive around Mount Hood?’ They kind of sit back and go, ‘Nobody’s ever asked me that.’ And I say, ‘Well, that’s an important question.’”

Another tool in Uncle Dan’s sales utility belt is the persona he’s taken on in his marketing efforts. He plays up his take on the classic Uncle Sam character in his commercials and YouTube videos, many of which can be found on his website. When customers walk into the store, they are even greeted by Uncle Dan pointing straight at them—his likeness painted onto the floormat beneath their feet.

Uncle Dan’s Tire World started life as a Sears Auto Center, one which Uncle Dan says went from the middle of the pack to the No. 1 Sears automotive shop in the nation when he was brought in to run the place in 2018. When Sears closed the location last year, Uncle Dan took the opportunity to keep the location going as an independent shop under a new name.

Uncle Dan has lofty goals for his shop, with plans for a nonprofit, a new business called Uncle Dan’s Towing World and an aggressive expansion plan already in the works.

“My gut’s telling me we’re probably going to have 700 stores before I’m done,” he says. “We’re going to start in the Northwest. Everywhere you see a Costco, you’re going to see me.”