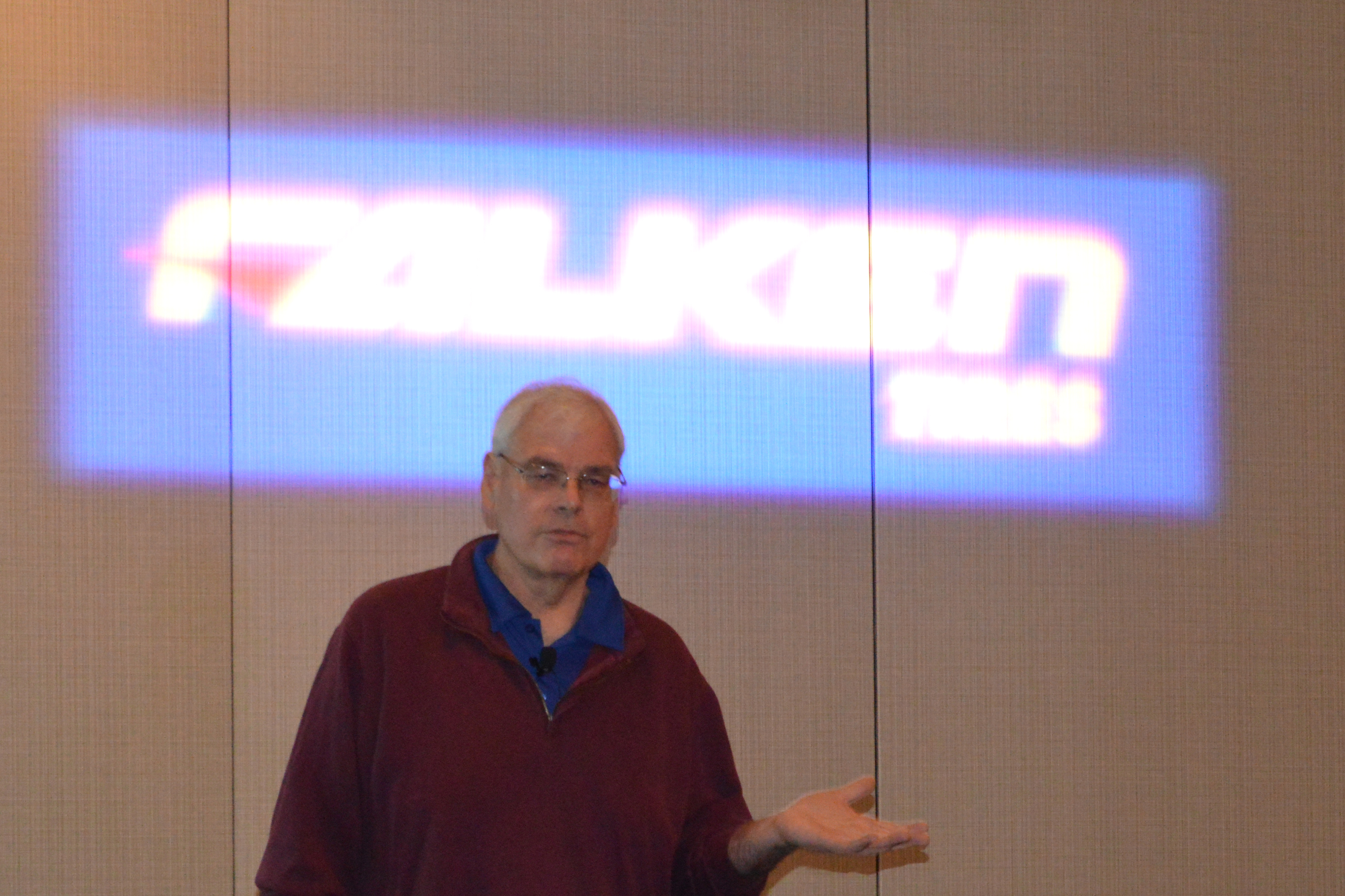 Strong growth in the CUV segment and a focus on adventure are highlights of the August dealer meeting for Sumitomo Rubber North America’s Falken brand in Banff, Alberta, Canada this week.

Richard Brennan, executive director of marketing for the Falken brand, provided a state of the industry overview for the dealers attending as well as an update on changes in marketing, dealer pricing incentives for Q3 and new production in at the facility in Buffalo, New York.

“We want to grow and to build our brand to be a bigger piece of the pie,” said Brennan. 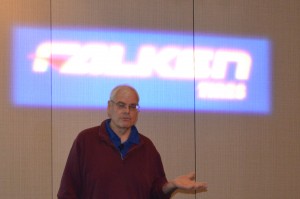 New U.S. Production
After seven months of ramping up, in July the Buffalo, N.Y., plant produced its first two tire sizes. Additional sizes will be added into production on a gradual basis. Brennan reassured dealers that the production strategy is to ensure a quality, consistent product across inventories — one without worry of dual sourcing as no two Falken facilities will produce the same tire. This is to ensure consistency by tire size for better quality, minimizing any potential mismatch issues.

New Dealer Pricing
After a leveling out of sales following very strong product launches for the Wild Peak A/T3W and the Sincera SN250 earlier this year, the company is modifying its pricing program to drive stronger activity in the third quarter 2016. This will reposition the tiremaker’s pricing as compared to competitors within the space. According to Falken, the goal is to help its dealers “sell more and sell out more often.” They encourage dealers to get in touch with their Falken representatives for specific details.

Focus on OE and CUV
Working with OEM is a strong component of the company’s North America growth strategy. Currently they outfit tires for new Jeep Renegade Trailhawk Edition and Chrysler 200 models made in the US for global export. They also are working with Toyota’s Rav4, Honda, Chrysler Pacifica, Nissan Rogue, the new Mazda CX-9 and Volkswagen, among others with more announcements to come. Growth within CUV ownership will shape the direction of upcoming product introductions.

Building Brand Awareness
The Falken marketing team led by Brennan has shifted its approach from motorsports to gain greater consumer exposure through Major League Baseball. The shift in strategy has increased the number of sports-related television impressions from 3.5 million in 2015 to roughly 150 million impressions at the recent MLB All-Star Game alone.

With the exclusive sponsorship of MLB, plus regional sponsorships of the San Diego Padres (location of the All-Star Game and near their U.S. headquarters in Ranchero Cucamonga, Calif.) as well as the Cleveland Indians and Detroit Tigers to target Midwest and OE accounts, the signs behind home plate and in the outfield of those stadiums also elevates the brand. Their “Grip the Moment” segment highlighting the play of the game on FoxSports is also part of the plan. According to Brennan, website visits have increased 41% since the MLB initiatives began.

“We’re building awareness, promoting the brand to help you sell out,” Brennan told the dealer meeting, explaining his goal of hitting the right consumers 12-15 times in a one-month period with messaging to support sales.

Additional sponsorships and activities include a strong trade media strategy, increased use of short video advertisement for retargeting or “following around” site visitors online, billboards, digital ads in consumer publications, and engaging social media presence. The themes are mostly based on adventure, using top-rated amateur athletes such as rock climbers and surfers to promote the brand across campaigns.

“You have to do all these things to make it effective,” said Brennan.

Brennan said they are also working on new ideas to keep dealers and consumers engaged, like a fantasy baseball tool to help with promotions and rewards within dealer sales teams.