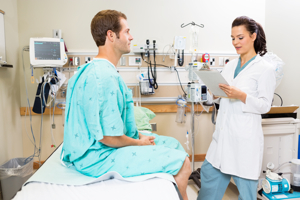 Obamacare, the Affordable Care Act or the Obama Administration Health Care Reform – whatever you call it – it has certainly become a hot, often contentious topic in the business community.

The tire industry includes many low-risk profile employees such as younger males, which helps keep health insurance costs down for employers.

As of the first of the New Year, the Affordable Care Act required that all individuals obtain minimum levels of health insurance on their own, through an employer or through the government.

This doesn’t even scratch the surface of what lies inside the Affordable Care Act’s 2,000-plus pages. With a rulebook thousands of pages thick, companies of all sizes have spent many countless hours and dollars on consulting services to figure out what to do to under new health care reform policies. No longer can employers wait and sit down with an insurance broker once a year – it’s an ongoing issue that tire dealerships need to keep up with regardless of their position in the company.

TIA has a history of offering insurance programs to its members, and according to Donna Sage, director of marketing and communications for TIA, the association’s insurance programs have been very successful. But with the ACA looming, TIA realized that members were looking for an alternative major medical solution.

“There is a huge push for alternative programs for group health insurance,” Sage said. “The advent of heal-­ th care reform has created a lot of volatility, as far as health insurance costs. That’s why we continued to look for an alternative solution.”

After an extensive search, TIA partnered with National General Benefits Solutions (NGBS) in October 2013, allowing the association to provide TIA members with an alternative to their current health insurance programs at their dealerships.

“We felt that NGBS had a unique offering with a proven track record of success with other associations,” Sage comments. “The program is available in 49 states (except Hawaii), is compliant with the ACA and uses the Cigna and Aetna provider networks.”

Sage said that before striking a deal with NGBS, TIA consulted with associations such as the National Roofing Contractors Association and the American Association of Advertising Agencies who had already partnered with NGBS to get a feel for how their programs progressed.

Sage noted that the NGBS health insurance plan allows employers to take control over their health care costs through transparent reporting and wellness programs. Additionally, she said it can reduce costs by 20% and it pays dividends for favorable results. For tire dealers struggling to find a health insurance plan that fits their business and its employees, this could be a better option.

Plan for Low-Risk Audience
The government’s altruistic goal of assuring all people have basic health insurance caused some difficulties for individuals; notably that some of the changes have made certain medical service and options pricier.

Michael Lichman, president of NGBS, said healthcare reform created what he calls “artificial winners” and “artificial losers.” The winners are people who had pre-existing conditions and low-incomes. Today, these people are happily covered under the ACA.
The losers are people with medium to high-incomes who were happy with the health coverage they had, but are now paying more money than they feel is necessary toward health insurance.

“In pursuit of this somewhat noble cause of insuring people, the government created something that causes true pain to some people,” Lichman said. “You read the success stories on how a 59-year-old man with a pre-existing condition got insured. I’m all for that. But there’s another 59-year-old woman who can’t see her oncologist because her oncologist is out-of-state and is not covered by her new policy. Her old policy covered this just fine and was less expensive. That is what I mean by artificial winners and losers.”

NGBS seeks “artificial losers” for its program. Lichman said this group tends to be people with low claims volatility and tend to pay more in pooled insurance environments. Through NGBS, these groups can have a self-funded program, allowing them to pay a price that reflects their risk, rather than paying more in a pooled environment.

If a business with 10 employees or more is interested in its programs, NGBS will assess the group’s demographics, and then determine how it can be underwritten. From that point, NGBS reserves the right to approve or decline an association, company or group based on what is found in the underwriting process.

Tire dealerships tend to fall in the low claims group: It is a male-dominated industry with generally young­er and fitter employees. They are less likely to end up in the hospital due to illness, he said.

Lichman said this program is not the perfect fit for every tire dealer. If there are numerous health problems among almost all employees, the NGBS program is not likely to work since it would make rates go up across the board.

On the other hand, if a tire dealer has few health problems and a younger male-dominated population, it should submit its information to be underwritten. He said rates for most employers with fewer claims tend to go down.

“For the dealers this program works for, it is usually a very good fit for them,” he commented. “The beauty of this program is that it’s designed to be easily compared to any existing, fully insured plan.” 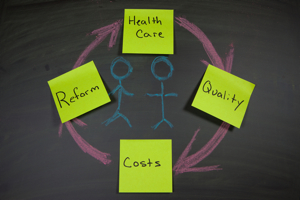 This year saw some of the biggest changes in health care. Among the changes, all individuals who lack healthcare are required to pay a penalty fee as of 2014.

“The people leading NGBS at that time realized they could replicate that model across other associations,” Lichman noted.
By 2010, NGBS began to partner with trade associations such as the National Roofing Contractors Association, the National Educational Television Association and the American Association of Advertising Agencies to offer members an alternative health insurance option that would not be too expensive or complex.

And in November 2013, the partnership extended to the Tire Industry Association.

Lichman said the timing of this partnership could have been better. “The marketing of a health insurance plan occurs 160 to 120 days prior to the effective date. At the time we partnered with TIA, healthcare reform was going to kick in for plans that renewed on or after Jan. 1, 2014. Had this thing started in June or July of 20­13, I think we would have been more effective and we would’ve worked on far more accounts.”

A Satisfactory Plan
In November, Redburn Tire Co., based in Phoenix, was the first dealer to sign on with the NGBS program through TIA. Jason Smith, controller for Redburn Tire, says the dealer had not been able to settle on a health insurance program for its employees for years.

“We changed more frequently than we would like to,” Smith said. “But with the insurance world, you generally change plans every two to three years.”

Smith said he was looking for a new plan last fall when he learned about the TIA/NGBS partnership. Redburn Tire asked for a proposal, and he signed up for the program as it offered the best deal for all of its employees.

Lichman said the wellness program also means that employers are trying to encourage their staffs to make healthier choices such as exercising, losing weight and not smoking.

Smith said one of the most appealing aspects to the NGBS program is that it takes a proactive approach in providing annual health screenings to employees and promoting healthy lifestyles at work places. Since the switch to NGBS, Smith has included health tips in his newsletter to employees and offered employees CVS or Walgreens gift cards when they attend a health screening. He said he has also been promoting non-smoking and eating healthy.

As with many tire dealerships, Redburn Tire’s employee base is primarily made up of young males. The problem, though, is that this population does not see the value in having self-funded health insurance. “Young men sometimes think they’re Superman,” Smith explained. “They would rather save that $10 for beer or something than spend it on insurance.”

Smith said he and his team has been reminding this group on how they are not invincible, explaining the high costs of hospital fees and emergency room trips without health insurance. They then explain that the new insurance program through NGBS is not as costly to them as before.

“So far, it’s been an easier sell to get this population insured,” Smith said. The switch has been good he noted, and while he has not heard many comments on the program yet, Smith said he is optimistic about it.

“It’s rare for employees to say that something is great, but you usually find out if something is bad. So in this case, no news is good news.”

But the best news for Redburn Tire Co. is they have control over health insurance costs.

A Healthier Alternative for Employee Insurance?

Tire Dealers: Tell Us How COVID-19 Has Affected Your Business