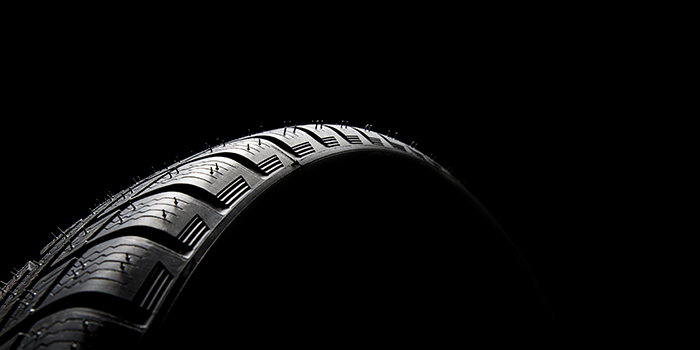 My jaw dropped half a foot, I suspect, when I entered The Bunker. It was a laboratory, if you could call it that, a good 20 feet below ground level. Accessible only via well-locked storm cellar doors, The Bunker was a converted Cold War-era bomb shelter dug behind an old barn in Middlefield, Ohio.

That’s all I can tell you about this amazing place.

How did I get there? A torrent of impatient e-mails and phone calls from one Gregory E. Kregenu PhD, promising the “end all and be all in tire technology.”

Not being one for wild goose chases, especially from crazy people, I blew him off for two weeks. No need to humor the delusional, I thought. But his persistence finally forced me to do some checking around.

G.E., as he prefers, spent most of his life as a high-level research chemist with a couple of Fortune 500 companies and two tiremakers. His credentials were impeccable, I was told, and he was deeply involved in some of the rubber compounding breakthroughs we take for granted today, like mixing multiple rubber compounds into one cohesive tread face.

Less than a year from retirement, he just decided to stop coming to work, a former colleague told me, and most obviously didn’t want to be found. No forwarding address. No phone number. And he had no family that anyone knew of. His final paycheck has been sitting in a file drawer for most of the last decade.

He found me, though, and soon I was knocking on his front door. G.E. lives in a farmhouse adjacent to The Bunker. But before I could take in my surroundings, we left the house and were soon sidestepping boxes, vaulting stacks of files and dodging expensive-looking machines in the dank confines of this underground lair.

“Why am I here? Why me?” I asked, reaching for the most obvious query first. “I see your columns,” G.E. responded. “I thought you’d understand and give this the treatment it deserves.”

“Understand what?” I countered, as he grabbed my arm to pull me along.

I could take no notes or photos – “Do it from memory,” he admonished, “I was told I could trust you.” – so I tried to take in everything. Even the arid mixture of burnt rubber, mildew and god knows what else.

“What I’m going to show you would change the tire industry,” Kregenu said smartly as we stepped over yet another pile and wiggled around some thingamajig before ending up face-to-tread with a tire. “This is it,” he smiled. “Now watch.”

G.E. tapped a few keys on an aged green-screen PC – government surplus, I recall – and flipped a couple of toggle switches. “Watch, watch,” he demanded, pointing at the plain-looking tire.

What I saw can’t be described – not adequately, at least. Probably because I couldn’t believe what I witnessed. The tire tread morphed, changed, literally shape-shifted right before my eyes. One minute, there was a standard all-season pattern, then there was an asymmetrical UHP tread. And then, four wide circumferential grooves. Finally, a sipe-heavy winter tread.

I was struck dumb. G.E.’s tire kept changing, rotating through the same patterns as I struggled to find a word – any word. What I finally blurted out can’t be printed here.

“This isn’t right,” I recall saying next. “There’s no way. This is some cheesy parlor trick, right?”

“It’s totally organic,” Kregenu said, in a tone far too calm for the occasion. “It’s a living organism. I always thought it was possible to make rubber react to inputs and change its characteristics on command. Like the brain controls the human body. I just had to find a way to keep it completely pure, keep it ‘alive.’”

Still trying to gather my thoughts, all I could muster were Journalism 101 questions: “How? What? Why?”

“Natural rubber is organic; it’s a living thing. Therefore, it can be made to physically react to stimuli,” G.E. explained. “When you add synthetic rubber, carbon black and chemicals to latex, those life properties die off. You get a perfectly good rubber compound for making tires, but you lose the ability to make the tire better.”

To do that, he had to change the way liquid latex – tapped from trees – was processed, he said. Then, he needed another compatible organic to replace the deposed oil-based chemicals.

The secret ingredient, it turns out, is ample – acorns. Rather, oils extracted from acorn meat. Middlefield is one huge oak grove, and Kregenu pays local kids to harvest acorns from the surrounding woods. His barn is loaded with billions of the nuts – a squirrel’s paradise – and it takes a ton of acorns to create one gallon of distilled oil.

“I tried everything I could think of – vegetable, mineral. I came close on some, but there was always something missing. Acorn oil, though, was perfect.”

The distilled oil, as he explained it, is modified further to replace the non-organics in tire rubber. It sounds simple, but based on the contraptions in The Bunker and his rocket-science explanation, only an MIT grad could make heads or tails out of it all.

Low-voltage electrical impulses stimulate the acorn rubber to change shape. Apparently, the rubber can be taught to take on specific patterns based on electrical commands. “I’ve been able to ‘teach’ it four patterns,” he said of the acorn rubber, as though it was a pet. “That was the hard part.

“Can you imagine this tire on the road? Nice sunny day, and you could be cruising along like this,” Kregenu said, sending current that changed the tread to a UHP look. “Then it rains,” he said, as the tread transformed to a wide-groove rain pattern. “February in Ohio,” he gleefully called out, as the pattern went to a snow-biting winter look.

The tire in his lab, and the test units on his car, were produced overseas under a cloak of secrecy, he said. Twenty sets in all were made under his supervision. “It doesn’t matter what the mold looks like. I control the pattern,” he explained. “50,000 miles on those tires,” he said, gesturing in the air toward the direction of his car. “They look practically new.”

The idea – this indescribable idea – came while G.E. was still working in the industry. He did some initial experiments, but at that time, the industry was so caught up in developing performance tires that G.E. didn’t think they’d spend research dollars to see if his admittedly oddball idea would pan out. He was right.

“But I still needed to know if it was possible. So, I packed up my stuff and disappeared.”

“Why not take it to a tire company now?” I asked.

“I can’t just give this to them,” he answered. “Look, I don’t need money. I just wanted to see if my theory could work. It does, as you can see.”

“Forget the money,” I all but yelled. “I’m sure you understand what this could mean for the industry. We’re starved for the next big thing. This is it. This is way past it.”

“Maybe,” he said with surprising calm. “I don’t see it that way, though. This is just a demonstration of someone’s imagination reaching a conclusion.”

Research scientists work to convert ideas to reality, he explained. In a corporate setting, where they’re paid to produce under constant time constraints, “this kind of thing isn’t possible. The higher-ups would never give you the time or the freedom or the funds. That’s why I had to get out.

“There are plenty of bright people out there,” he sighed. “Someone will take what you write and figure it out. That person can have all the accolades and honors and patents. I just wanted to finish the journey.”

I tried and tried to change his mind, tried to convince him of the possibilities. Kregenu held firm, though, content with his discovery. He found his answer, and that’s all that mattered to him.

“So, what about the tire? What will you do with it?” I asked, somehow hoping he’d offer it to me. “Nothing. It stays here,” was all he said. “Time for you to go, I suppose.”

When I returned to my less-mystical office in Akron, I still didn’t believe what I had seen. So, I called Dr. Damian Nocrea, adjunct professor of organic chemistry at Case Western Reserve University. “Theoretically, what you claim to have seen is possible,” he told me, quite obviously questioning my sanity. “Organisms can be manipulated; they can be taught. He must have found a way to maintain natural rubber’s vitality and viability. We talk about those kinds of things, and some research is being done in Europe. But I didn’t think anyone had actually applied the principles.”

A day after my visit, I called G.E. to double check a few things, and, perhaps, bring him to his senses. No answer then, or weeks later. E-mails have gone without reply. I even tried good old snail mail. The letter came back unopened.

Not surprisingly, the mysterious G.E. Kregenu was back in hiding as quickly as he appeared, his miracle tire safe somewhere.

This writer will forever wonder what might have been, dreaming as dreamers like Kregenu do, and ponder ‘realistic’ ideas lest fantastic opportunities only live somewhere else.