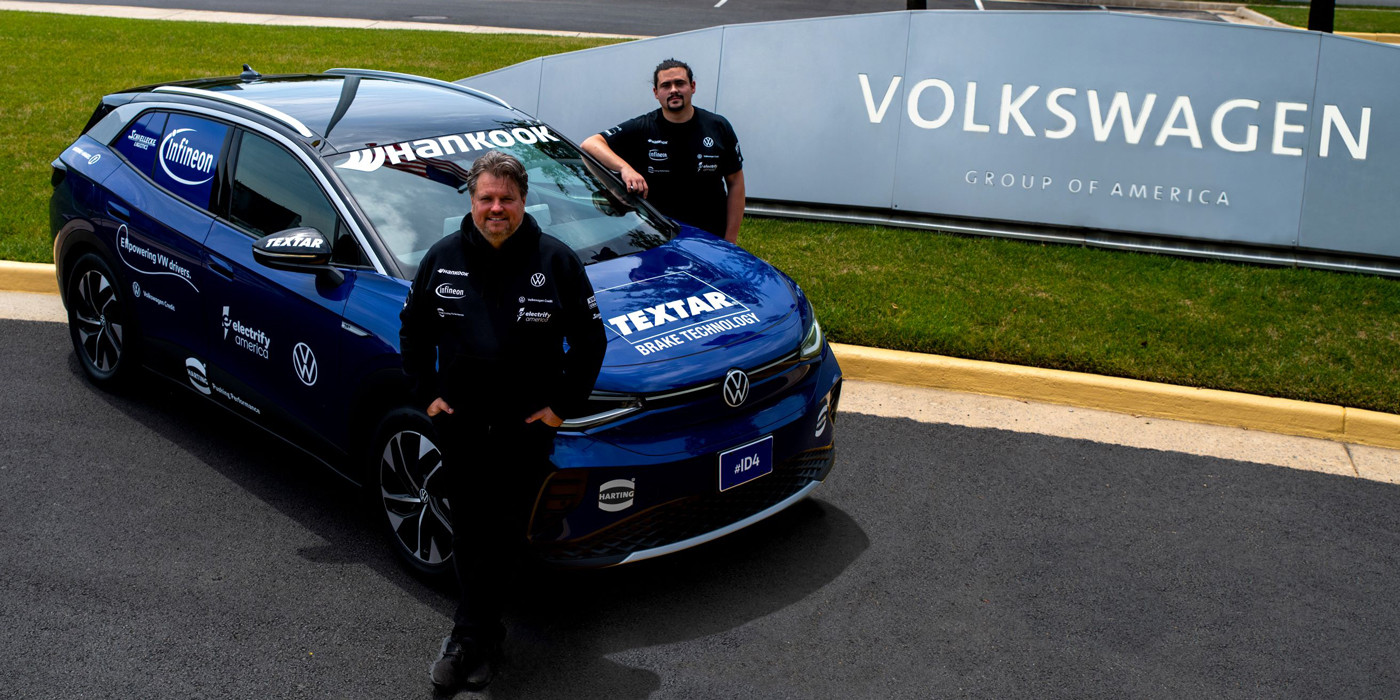 Hankook Tire has partnered with Challenge4.de for its “Great Roadshow Through the U.S.”

Hankook Tire is joining forces with Challenge4.de, an independent agency that specializes in planning and executing worldwide automotive projects with Volkswagen cars, for its “Great Roadshow Through the U.S.,” whereby the Challenge4 team will drive the new all-electric Volkswagen ID.4 from coast to coast on Hankook Kinergy AS EV tires.

Challenge4 says it plans to drive over 36,000-miles through the 48 contiguous U.S. states over the span of approximately 100 days from July through October. The tour will stop at more than 600 Volkswagen dealers and at various Hankook dealerships along the way, in addition to Hankook Tire’s Tennessee Plant in Clarksville, Tenn.

The VW ID.4 – USA Tour kicked off on July 13 in Herndon, Va., where it will then make its way across the northern part of the country to the west coast, before traversing back across the country via a southern route to end at the VW headquarters in Herndon, Va., on October 18. For the tour, the VW ID.4 will be fitted with Hankook Kinergy AS EV tires in the sizes 235/55R19 on the front and 255/50R19 on the rear.

The VW ID.4 – USA Tour can be followed via a GPS tracker map at https://vwid4-usatour.com/, where a GPS map will be updated every 15 minutes with the live position of the VW ID.4.

The company says through all of its driving events, including the VW ID.4 – USA Tour, Challenge4 donates 10 cents per mile driven to the international non-profit organization SOS-Children’s Village.

Advertisement
In this article:Hankook Tire, sponsorship