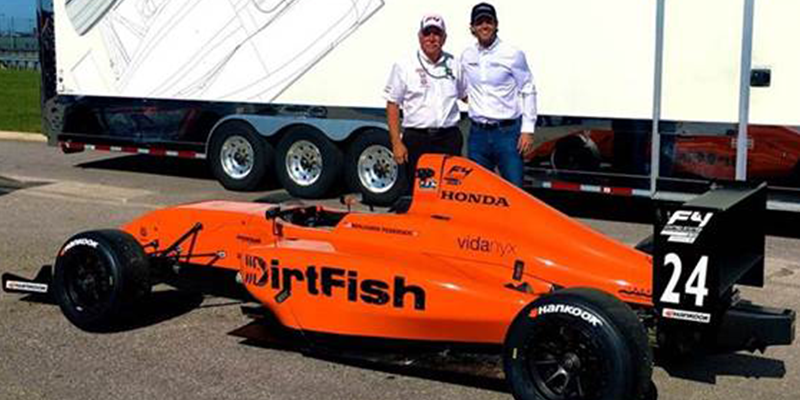 SCCA Pro Racing, the sanctioning body behind the Formula 4 U.S. Championship and the new F3 Americas Championship, announced that Hankook Tire will be its exclusive supplier starting in 2019.

“We are extremely pleased to bring Hankook Tire on board for the F4 United States Championship and the F3 Americas Championship,” said SCCA Pro Racing Vice President Steve Oseth. “Their experience in other F4 Championships and the F3 European Championship around the world means their products exhibit the durability and performance demanded of a highly competitive series and this was shown during tire testing in some very extreme conditions. They will mesh very well with our other series technical partners, Honda, HPD and Onroak and Liger.”

In a multi-year agreement with an option to extend, Hankook Tire will not only deliver Hankook-branded slick and rain tires to F4 U.S. and F3 Americas competitors, but the company will also provide marketing services to drivers and teams. Per FIA guidelines, a maximum of two sets of tires will be available for purchase at each event with no limitations on tires at official series tests. Hankook Tire will provide trackside mounting service and tire engineering support at each race and test.

“Hankook is thrilled to support F3 and F4 as the primary tire supplier,” said Hankook Tire’s Sooman Choi, vice president of marketing. “We are excited and eager to provide our state-of-the-art racing tires to a series that is designed to develop young American racing talent.”

As part of the F4 U.S. Championship scholarship, Hankook will also present the F4 title winner with two full sets of tires per event for the season to progress into the F3 Americas Championship, starting with the 2018 F4 U.S. champion Dakota Dickerson.

“We put extra effort into securing this sponsorship because we believe in the future of Formula racing in the United States,” says Danny van Dongen, the founder of Hankook’s motorsports division. “We have a full range of competition sizes from 13 to 19 inches, but we have previously only sponsored GT and prototype cars. Formula 3 and 4 really help us showcase everything our brand can do.”