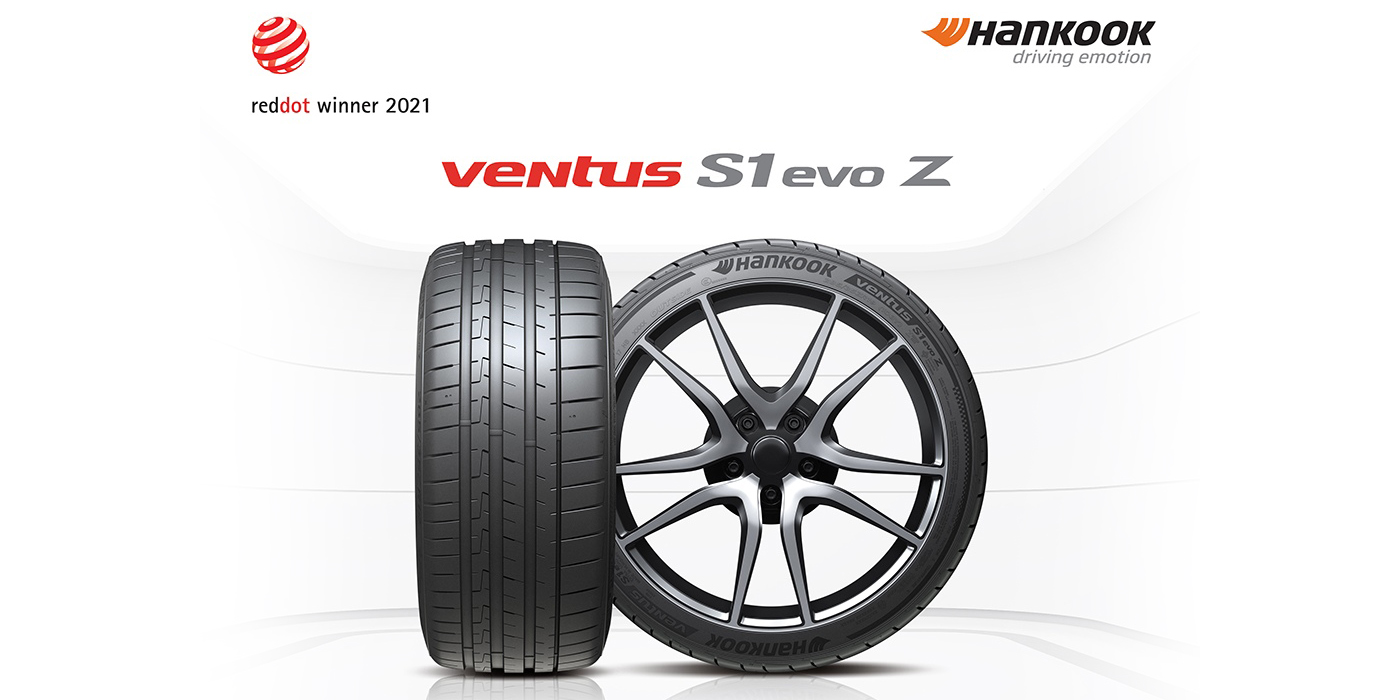 The tires were tested at maximum speed on the German Nürburgring Nordschleife racetrack to ensure robust tire construction, Hankook said.

In addition to the customary release tests, these tires were also tested at maximum speed on the German Nürburgring Nordschleife racetrack. This ensures that the tire construction is particularly robust and able to cope with sporty demands at all times, the company said.

The Hankook Ventus S1 evo Z was developed specifically for the high-end vehicle segment. The tire is equipped with an aramid composite material in a double-layer carcass, preventing deformations that would increase the rolling circumference and result in less precise driving behavior at high speeds, despite the heat development that can occur during heavy use. Aramid fibers are extremely heat-resistant and are characterized by their high strength as well as good damping properties with a low weight relative to their size, according to Hankook. High-strength steel in the belt and bead areas gives the new Hankook tread additional stability. Combined with the reinforced sidewall, this ensures stability on the straights and steering precision at high and maximum speeds as well as sporty, dynamic handling, Hankook said.

Another focus when developing the Ventus S1 evo Z was high grip in different weather conditions. The tread compound used is similar to those used in motorsport to ensure optimal interaction between fillers, silica and natural resins. In addition, the compound includes the latest generation of functionally designed polymers, which ensures a consistently high grip across a wide range of applications, Hankook said. The compound technology used in production also originates from Hankook’s racing tire development, which uses smaller production volumes and material batches.

As is usual with particularly sporty tires, the Hankook Ventus S1 evo Z also uses an asymmetrically designed tread pattern with a focus on sporty handling behavior, the company said. The arrangement of the individual tread blocks in relation to each other was developed to ensure optimum block stiffness in various driving situations. Three main drainage grooves positioned in the inner tread area of the wheel ensure water is drained rapidly on wet roads. In addition, special attention has been paid to the outer tread area of the tire, where a significantly increased tread-positive proportion considers the requirements for high-performance cornering and precise lateral guidance, especially for very sporty driving in dry conditions, the company said.

The new Hankook Ventus S1 evo Z is currently used as original equipment by manufacturers on predominantly sporty cars and will be available in 15 sizes ranging from 19 to 21 inches with tread widths between 225 and 315 mm in cross-sections from the 45 to 30 series. In the coming year, additional sizes will further complement the line-up, especially in the high-end range, Hankook said.