Ho-Youl Pae has been announced as the new COO of Hankook Tire Europe, following former COO Jin-Wook Choi’s move to a consultancy role within the manufacturer’s global headquarters. 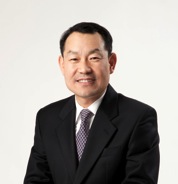 Pae has been promoted from his previous role in the company as marketing and sales executive. Pae will also take on the position of senior vice president and member of the board of Hankook Tire Co.