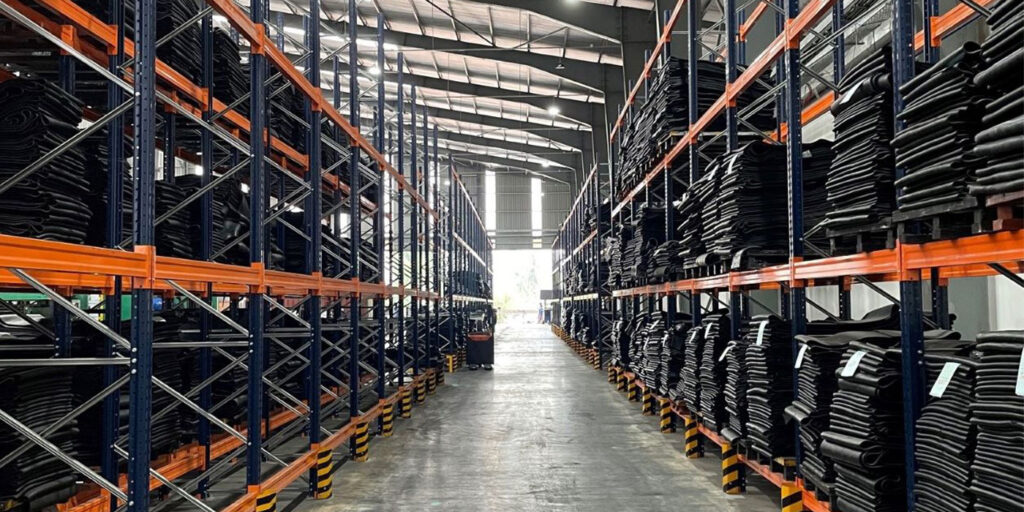 With increasing global demand for specialty tires, GRI has continued to expand by increasing its manufacturing capacity. The work on GRI’s latest mixing plant in Mirigama, Sri Lanka, is progressing, and upon completion, it will have a capacity of 200 tons per day, according to GRI Executive Director Ananda Caldera.

The mixing plant is a $25 million investment and has a height of 100 feet. It will have six mixing lines, and so far, two lines are completed and operational, GRI says.

GRI said the other mixing lines are being installed with completion planned for mid-2022.

With an eye on sustainability, GRI’s focus is to prevent the release of any dust particles from the production process into the atmosphere at its new mixing plant. To do this, the company has installed an automatic weighing and feeding system so that employees don’t handle any powder material. Caldera said plans call for the installation of solar panels and for all machinery that uses motors and drives to run at variable speeds so that energy is used carefully and efficiently.