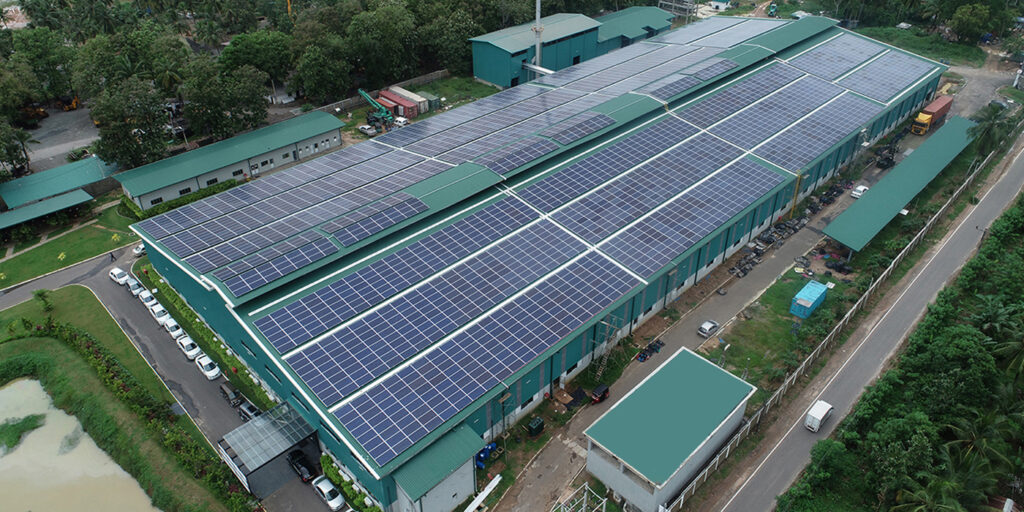 GRI has expanded its sustainability efforts to ensure green processes in manufacturing, where waste materials are recycled and used productively, according to Ananda Caldera, executive director of GRI. “The tire industry is one of the highest energy-consuming industries as we use both electrical and thermal energy in tire production processes,” Caldera said. “For many years GRI has used biomass boilers to generate thermal energy and the steam we need to cure tires. For these biomass boilers, we use environmentally friendly alternatives such as the waste material generated by the sawmilling industry called outer planks. More recently, GRI started to use oat husks, which is a waste material from a neighboring and newly opened oats manufacturing plant, as biomass to generate thermal energy. The caloric value of the waste husk is almost the same as the wood waste. For thermal energy fuel we always use waste bi-products such as scrap wood and waste husk, thereby minimizing environmental impact.”

The company said it is also using solar panels to generate electrical energy that have been installed on the roofs of the factories, which currently generate 1.2 Mega Watts. GRI said it plans to increase the capacity to 2.5 Mega Watts with the expansion of its new factory.

The company also has a 24-hour water treatment plant that recycles water used for washing purposes. It is treated and reused for maintenance of landscape around the factory, Caldera said. The treated water is also used as cooling water for machines and other purposes.

“As our tire production is a dry process, liquid effluents are also not discharged into the environment. It is also our policy that for every tree we remove for factory expansion etc., that we plant two trees,” he said.

The company has planted more than 1,500 trees in and around its factories, according to Caldera.

The rubber waste that is generated through the manufacturing process is given to the local reclaim rubber industry. Once this rubber waste is processed, GRI repurchases the reclaimed rubber and rubber crumbs to be reused, the company said.

Caldera said the company installed capacitor banks for power factor correction, which has led to a decrease in total power consumption and demand.