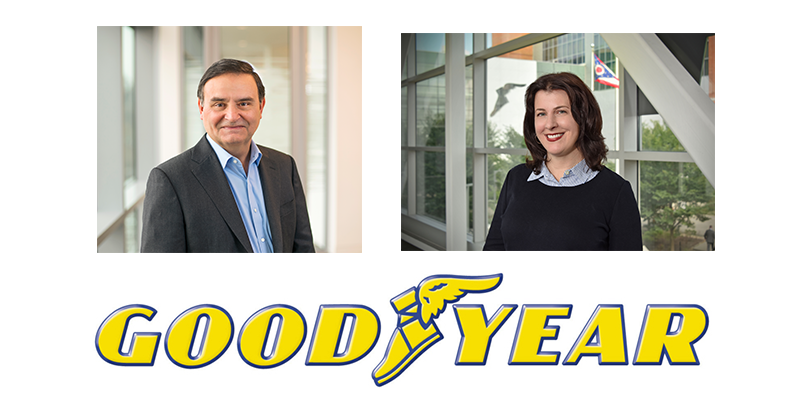 Jon Bellissimo, vice president of Americas Product Development and head of Goodyear Chemical, will become senior vice president of global operations and technology. In his new role, Bellissimo will provide executive leadership for Goodyear’s global engineering; quality; procurement; manufacturing and environmental, health, safety and sustainability; sales and operations planning and project management functions. Bellissimo brings four decades of experience in the design, development and manufacturing of Goodyear products, having served in a variety of functional and operational roles at the regional and global levels.

In addition to his product development leadership within the Americas and Goodyear’s Chemical business, Bellissimo served as the director of Goodyear’s Innovation Center in Akron and has played an integral role in manufacturing plant startups around the world. Under Bellissimo’s leadership, Goodyear North America developed, industrialized and manufactured some of the most successful tires in its history, including the Assurance WeatherReady, Goodyear says. Bellissimo succeeds Joe Zekoski, who will retire after a career of nearly 40 years at Goodyear.

Duda succeeds Paul Fitzhenry, who is returning to the East Coast to join his family and pursue his next opportunity after serving as Goodyear’s chief communications officer since 2012. Fitzhenry will remain with Goodyear through the first quarter of 2019 to ensure a smooth transition.

“I am excited to welcome Jon and Laura to Goodyear’s senior leadership team,” said Richard J. Kramer, chairman, president and CEO of Goodyear. “They are proven leaders who will bring both innovative thinking and deep industry knowledge that will position Goodyear for the future. At the same time, I want to express my gratitude for the contributions of both Joe Zekoski and Paul Fitzhenry. Their tireless work and commitment to Goodyear has had a lasting impact on our associates and helped position our company for ongoing success.”