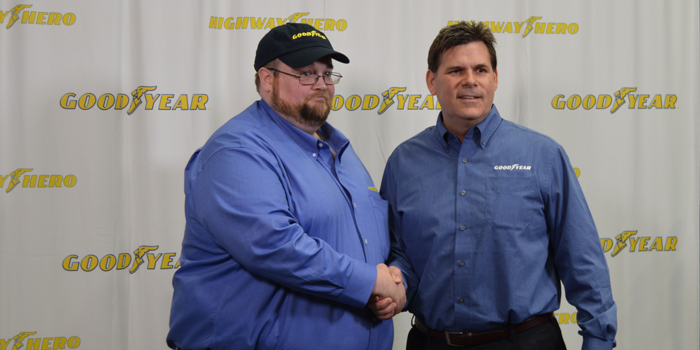 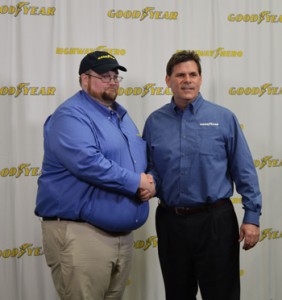 Kaczor, a truck driver from Utica, N.Y., was driving through a construction zone when a car crashed into a construction barrier and began to emit smoke. Kaczor pulled the injured driver from the burning car and dragged him to safety.

“Julian acted instantly to help another person who was in need, without regard for his own well-being,” said Gary Medalis, marketing director, Goodyear. “His decision to get involved exemplifies the courage and decisiveness of professional truck drivers.”

As the winner, Kaczor receives a special Highway Hero ring, a $5,000 prize and other items.

Kaczor was one of three finalists for the Highway Hero award. Other finalists were Mark Cavanagh from Hillsville, Va., and Dorian Cole from Los Angels, Calif.